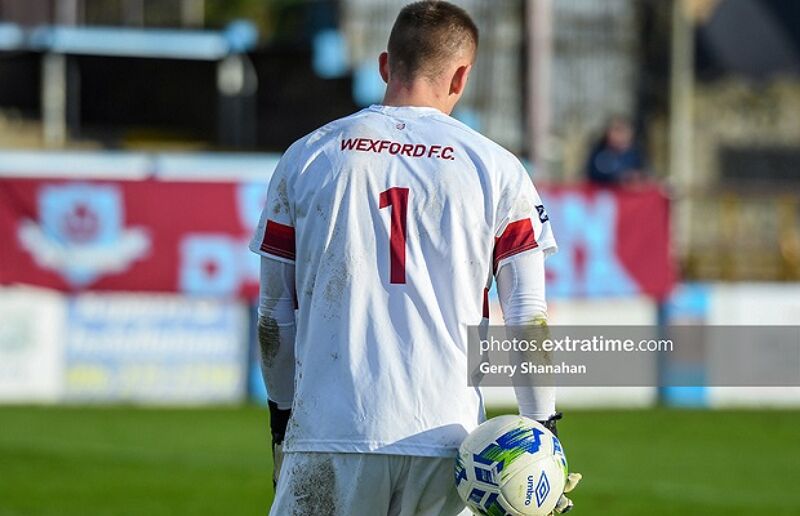 First Division basement side Wexford have confirmed a number of departures from the club ahead of the resumption of the league this weekend.

Both Alex O’Hanlon and Luke Turner have seen their loan stints at the club come to an end from Shelbourne and Aberdeen respectively.

Meanwhile, the Slaneysiders have also added that both Tom Murphy and Dan Tobin – who joined ahead of the 2020 season – have left the club.

Turner leaves Ian Ryan’s charges after the end of his loan spell with Scottish top-flight side Aberdeen.

The Aberdeen loanee made 10 starts in 10 games for the Ferrycarrig Park outfit, excelling at the heart of their defence.

He scored on his debut for the club in their 2-1 defeat on the opening day at home to Cabinteely.

O’Hanlon has also left the club after the end of his loan from First Division rivals Shelbourne.

While at the club the former Liverpool youngster made 7 starts for Wexford.

The Slaneysiders also confirmed that Murphy and Tobin have left the club after both players spent over a year in the South-East.

Both joined from UCD and impressed when at Wexford, with Tobin installed as club captain for a time, and Murphy being named as the club’s player of the year for 2020.

Squad update: Luke Turner and Alex O'Hanlon have now completed their loan spells and return to their parent clubs