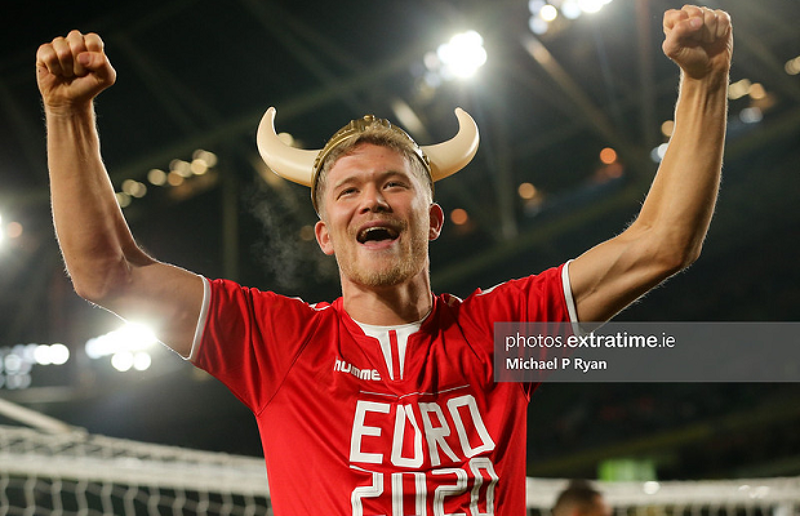 Other teams in group: Belgium, Finland and Russia

Denmark boss Kasper Hjulmand will certainly have plenty to choose from as many familiar faces are included in the squad. Big name players included are Christian Eriksen, Kasper Schmeichel, Yussuf Poulsen and Champions League winner Andreas Christensen. The squad is made up of players all across Europe’s top leagues.

Remarkably Denmark only managed to qualify on the last game of their qualifying campaign against, you guessed it, Republic of Ireland.

The last group game saw the Danes needing a draw to make it to their 9th European Championship. A 1-1 draw in the Aviva Stadium was enough for Denmark to advance.

Despite a nervy ending to the qualifying group, Denmark progressed after going through the entire campaign unbeaten.

Christian Eriksen: The current Inter Milan attacking midfielder will look to flourish on the big stage after securing the Scudetto in his second season with the club.

The play-maker adapted to life in Italy after an unconvincing start to his career at Milan. After making his International debut in 2010 Eriksen has become a huge asset to the way the Danes play.

He became the Danes youngest player to play in the World Cup after featuring in two matches in South Africa. The former Tottenham midfielder has been named Danish Footballer of the Year for a record fifth time.

Simon Kjær: The AC Milan defender will be a strong presence in heart of the Danish defence as he looks to captain his side to Euro 2020 glory.

The no-nonsense centre half seems to produce his best performances for the national side. He has been a part of the team since 2009 and has rarely let his country down.

Pierre-Emile Hojbjerg: Despite an unsuccessful season for Tottenham, Hojbjerg has had a strong season.

Jose Mourinho bought him from Southampton and the midfielder played his part in all of their 38 Premier League games last season.

Despite his vast experience he is only 25 years old, he will bring a strong defensive shape to the midfield and will be looking to bring his qualities into the campaign.

Denmark will bring one of the strongest squads into the competition. Having conceded few goals in the qualifying stages, they will look to build on that.

WHERE THEY ARE PLAYING

The nation of over achievers have previously won the European Championship. Just ten days prior to the tournament Denmark were included in the competition after Yugoslavia was pulled from Euro 1992.  They originally failed to qualify for the tournament but remarkably defeated Germany 2-0 in the final to claim their first ever major trophy.

Vice-Captain Kasper Schmeichel will look to follow in his father’s footsteps and try to surprise the footballing world and win another major tournament for the country. Kasper is the son of former Manchester United goalkeeper Peter, and will have a huge part to play if his side are to be successful.

Providing the Danes advance past the group stages they will have the chance to play in Wembley the Danes secured a 1-0 victory against England at Wembley in October.

They go into the Championship in good form after beating England 1-0 in Wembley in the Nations League. They also have won all three of their World Cup Qualifiers without conceding a goal and scoring 14.

First game: Denmark will have home advantage as they take on Finland in the Parken Stadium on Saturday, 12 of June (kick-off 5pm).