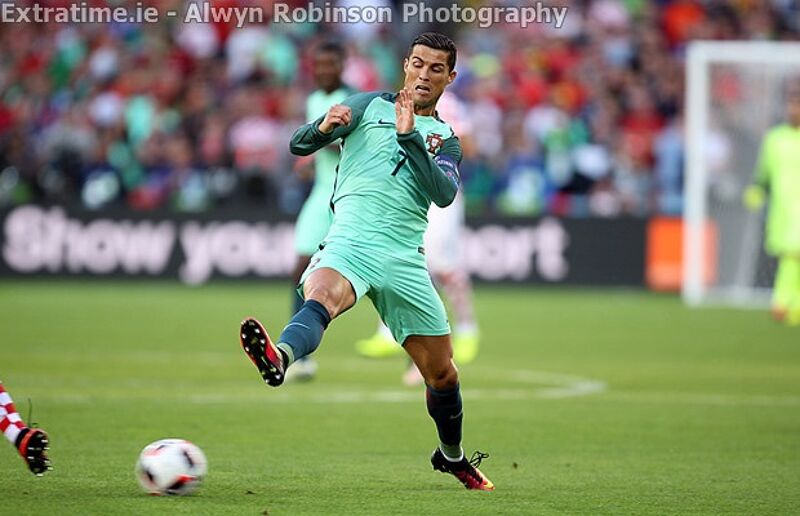 Portugal certainly have had plenty of big names to choose between for their squad.

It includes representatives from four different national league champions. Surprisingly, the club with most players called up is Wolverhampton Wanderers with four.

There are 17 clubs from 6 different leagues represented in the 23-man squad. Six of the squad named ply their trade at home.

Despite being the title holders, Portugal still had to qualify for the tournament and they managed to do this thanks to a second-place finish in their group behind Ukraine.

They made it difficult on themselves, however. Their first two matches saw them held to a draw at home to rivals Ukraine and Serbia. A back-and-forth game in Belgrade resulted in their first victory and put them in a strong position. Convincing wins over against the group minnows, Lithuania and Luxembourg, had them well placed for qualification. There was still much to play for though.

A loss to ten-man Ukraine left them with little room for comfort. The hosts were now favourite to finish top, with Portugal and Serbia left to battle it out. They ensured their spot thanks to another rout of the bottom two. Any hopes Serbia had were extinguished with a late goal to draw with Ukraine.

Cristiano Ronaldo: Portugal’s captain, and record goal-scorer, will be aiming to put aside club frustration aside to lead his country to triumph yet again. Despite his age, he was still able to hit almost 30 goals yet again to emerge as Serie A top goal-scorer. This replicated previous achievements in England and Spain. He also netted four times in Europe despite Juventus being eliminated in the last-32 by Porto.

His debut tournament saw him suffer defeat to Greece in 2004 and was injured during the final in 2016. Despite a tough group, he could secure another record for the most goals in the competition’s history.

Bruno Fernandes: Fernandes is a player who can certainly bring a lot of confidence to the squad. Recently nominated for player of the year in England, the Manchester United midfielder reached the final of the Europa League and finished runners-up in the Premier League.

He finished as top scorer across all competitions with nearly 30 goals. He has also emerged as a major asset to the national side. His opening goal led to the win that helped Portugal qualify.

Equally adept at playing at 10 or 8, his set-pieces are likely to cause most sides problems. He will be key to providing the assists for the forward line in front of him.

Ruben Dias: A major component in helping Manchester City reclaim their Premier League crown and reach the Champions League final was the former Benfica player. Highly rated for his performances in the Portuguese league and in Europe, he was seen as an unknown quantity by some.

Despite some time needed to settle into the pace of the league, he developed a formidable partnership with John Stones at the back. He was credited with bringing an air of assuredness and leadership in what was a problem position beforehand.

The side went 26 matches unbeaten due to this new defensive strength. Given the age of both Fonte and Pepe, his calmness and pace will be critical at the back for Portugal.

The squad will be staying at the Margaret’s Island Grand Hotel in Budapest. The renaissance building is located on a parkland-covered island on the Danube.

Built in 1873 by Opera House architect Miklós Ybl, the hotel retains the building's historic features, with high ceilings and a general sense of fin-de-siècle elegance that now has more than a little hint of faded grandeur.

They will also have access to the well-equipped spa facilities of the hotel's neighbour, the Danubius Health Spa Resort Margitsziget.

Portugal have made the knock-out stages on every occasion they have qualified for the European Championships. The worse they have ever finished was a quarter-final defeat to finalists Germany in 2008.

Portugal could join their neighbours Spain in becoming the only side to win back-to-back European Championships in 2008 and 2012. The closest another side has become was when West Germany lost on penalties to Czechoslovakia in 1976.

Jose Fonte could become the oldest player to win a Euro title if he features in the showcase on 11th of July. The record is currently held by Arnold Muhren of Netherlands in 1988.

Portugal have a strong record going into the Euros. In their last 11 games they have only lost once, losing 1-0 to France in their Nations League group game on 14th of November. They currently top their World Cup qualifying group.

First game: The Portuguese play Hungary in their opening Group F fixture on the 11th of June in Budapest.