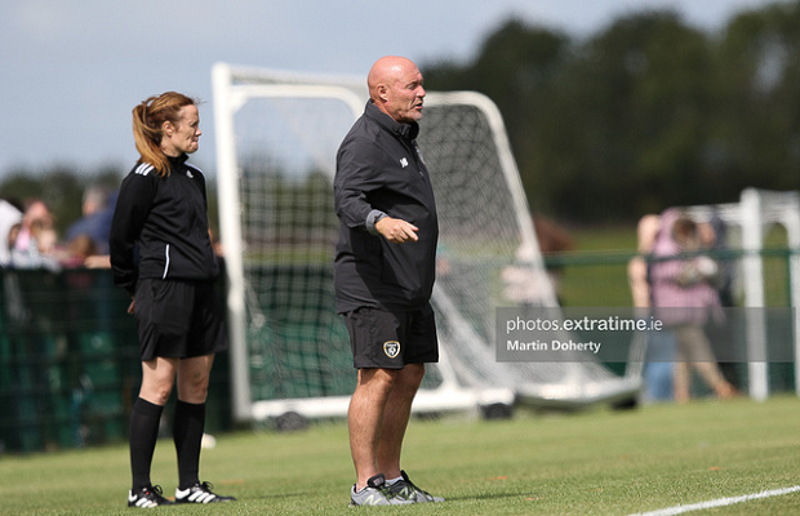 The Republic of Ireland Women’s Under 19 team are back in action this week when they face Northern Ireland in tow international friendlies.

It’s 15 months since the side last played a game and with qualifiers for the 2021/22 UEFA Women’s Under-19 European Championships coming up later this year, the return of games is welcome.

“It’s great to be able to get back working with a squad again after such a long time,” manager Dave Connell said, speaking to the FAI’s website.

“We all fully understand why underage international football had to be suspended with a global pandemic affecting people’s lives – so we won’t take this opportunity for granted and will continue to follow all of the recommended protocols.

“For these two games, we have a chance to work with a group of talented players in what should be two good tests against Northern Ireland.

“The aim is to identify the players who will be part of our squad when we start our EURO Qualifying campaign in October.

“We are looking forward to getting back onto the pitch and working towards the goal of qualifying for the European Championships in Czech Republic. There is a lot of work to be done to achieve that but we’re ready to get going.”

Connell has named a squad primarily made up of Women’s National League players with several having been called up for the Ireland Women’s National team home-based training sessions in recent weeks.

The Republic of Ireland host Northern Ireland on Wednesday, 9 June at the AUL Complex in Dublin (kick-off 3pm) before travelling to Queen’s University in Belfast for the second game on Friday, 11 June (kick-off 4.30pm).

Republic of Ireland Women’s Under-19 Squad