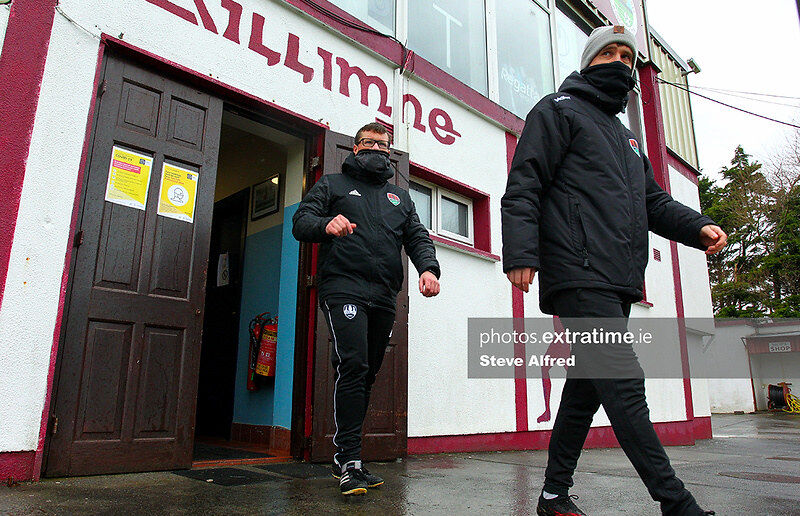 Like their opponents this weekend, the Rebels are a club in transition after it was announced that manager Rónán Collins had departed his role at the end of May.

City were idle last weekend as the team that was on a bye week for the last series but having played all eight teams in the WNL up to this points they are still looking for a first win of the season.

Their last time out came against Treaty United two weeks ago at Turners Cross which they lost 3-2.

It’s been a tough season for the side that finished in fourth place last season but several injuries to key members of the squad have hampered their progress throughout the season and it will be up to the new manager to improve results for last year’s FAI Women’s cup runners up.

Zara Foley, Katie McCarthy and Danielle Burke have all undergone surgery this past week and the trio will be absent for some time for Cork City.

Nathalie O’Brien is also absent for the Rebels.

There was no dream start for new Galway boss Stephen Lally last weekend in his first game in charge of the club since he took over from Billy Clery.

That first game couldn’t have been tougher however, as Galway faced off against Peamount United at PRL Park last Saturday.

The Tribeswomen lost 4-0 to a team that have now won 15 WNL games in a row.

Attention now turns to Cork City this Saturday and the trip to Turners Cross.

Galway should have finished the job when they hosted City at Eamonn Deacy Park on the opening day of the season when the sides drew 3-3.

Rachel Kearns put Galway into a 2-0 lead at one point during the first half but the Rebels fought back to draw level before the Mayo native finished her hattrick in the 38th minute to take the lead once again.

Galway should have killed the game on a number of occasions, they had a penalty miss midway through the second half too and late in the game Becky Cassin netted a long range effort to secure a share of the points for Cork on the day.

Both sides might be struggling for form at the moment but Lally will be looking for his first win at the helm of Galway.

When the sides met earlier this season they played out an exciting 3-3 draw at Eamonn Deacy Park, Rachel Kearns scored a hattrick for the home side.

Cork City are unbeaten in their last two games against Galway in the WNL.