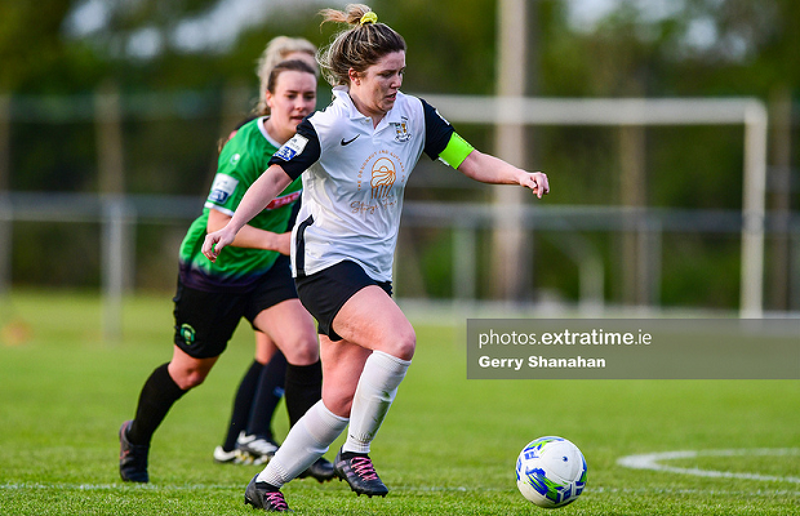 The Town claimed their first victory of the season last week when they defeated Galway. Credit: Gerry Shanahan (ETPhotos)

Athlone Town will be looking to get a winning run going when they host Bohemians in the Women’s National League on Saturday (kick-off 4pm).

Last weekend, Tommy Hewitt’s side obtained their first win of the season in dramatic fashion when they beat Galway 4-3 at Eamonn Deacy Park.

Having gone a goal down, Katelyn Keogh, Muireann Devaney and Kellie Brennan scored three goals without reply to go into a 3-1 lead.

Galway’s Lynsey McKey scored twice to level the sides and that’s how the sides stayed for most of the second half.

The Town were reduced to ten players in the 79th minute when Aoife Haran received a red card after taking down Aoife Thompson when she was through on goal but ten minutes later Muireann Devaney scored her second goal of the game to snatch the three points for Athlone.

Haran will miss Saturday’s game against Bohemians due to suspension while Tommy Hewitt will be without the services of Jessica Hennessy who misses out through injury.

After a bright start to the season Bohemians have now lost four games in a row and the Dublin side will be looking to change their fortunes sooner rather than later.

After a tough day at the office two weeks ago at Ferrycarrig Park which saw Bohs lose 7-1 to Wexford they improved last week when they faced Shelbourne at home.

Sean Byrne’s side still suffered a loss at the hands of the Reds but Shelbourne only managed to find the net once when Emily Whelan scored in the first half.

With Bohemians good record against Athlone Town they have a good chance at getting a good result on Saturday, they will need to plan for the goalscoring threat the Town pose however.

In terms of team news, Erica Bynre misses out for Bohemians once again due to injury.

Athlone Town secured their first win of the season when they beat Galway last weekend.

The Gypsies have lost their last four games in a row.

The sides have faced each other three times in all competitions with Bohemians having the superior record having come out on top on two of those occasions.