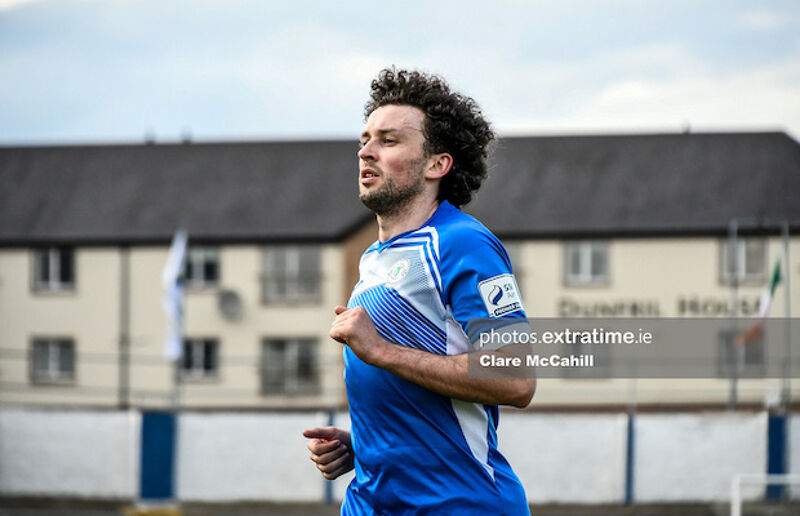 Finn Harps and Dundalk battled out an entertaining draw at Finn Park on Friday evening as the away side asked several late questions but each one answered by the hosts.

Barry McNamee opened the scoring in style for the home side just shy of twenty minutes with Ole Erik Midtskogen levelling shortly after the half time restart.

The result sees Harps remain in fourth on 15 points will Dundalk move up to sixth with 11 points on the board.

Starting the match with five changes after their defeat to Sligo Rovers, Dundalk fashioned the first chance but Jeong-Woo Han couldn’t find the target seven minutes in.

At the opposite end a few minutes later, Harps who also made five changes, created their first opportunity but similar to Han’s effort, it was high over the bar from Mark Coyle.

With their next attacking on 19 minutes, the hosts broke the deadlock.

After some high pressing and forcing the issue, Harps won possession in the final third with Barry McNamee at the helm, his cross was miscontrolled by Adam Foley but it allowed the striker to lay it off for the former Cork City man who let fly, blasting his effort past Alessio Abibi who had made a return in the Lilywhites goal.

Five minutes later the shot stopper kept the score at 1-0, making a fingertip save to deny Karl O’Sullivan.

Dundalk’s chances were scarce approaching the half hour as Michael Duffy couldn’t convert an accurate cross from the left by Han after the winger was set free down the wing.

The visitors had one last hope to equalise before the interval, but a low cross from the right by Raivis Jurkovskis ricocheted off several players close to goal before rolling out.

Dundalk came flying out of the blocks in the second half, levelling the game within three minutes.

Midtskogen got the goal, heading home at the far post after he met a pinpoint cross from the left by Duffy.

They almost took the lead moments later but Duffy could only fire wide after a mazy run on the edge of the area.

In the minutes approaching and even beyond the hour mark, the chances at both ends dried up. Neither goalkeeper was called into any real action and Wilfried Zahibo had the only notable effort but headed wide from a high cross on the right side.

With a little over ten minutes to go Mark McGinley was called upon, saving excellently, tipping over the bar after a close range header from Midtskogen.

Moments later the visitors squandered a golden chance. Junior Ogedi who was just on the field played through Duffy but the winger fired straight at the ‘keeper in a one-on-one situation.

Junior had a chance himself 30 seconds later as did Ryan O’Kane but both efforts were blocked by a stubborn defence.

Despite a myriad of late chances, Dundalk couldn’t find that second goal with Junior coming closest seeing a free kick in stoppage time tipped onto the crossbar by McGinley.