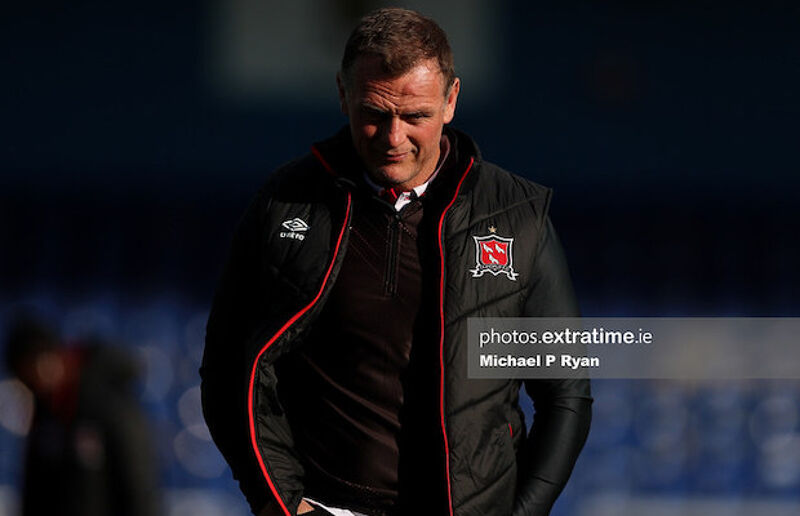 Preparations for Dundalk’s trip to Finn Harps were hampered this week due to the breaking of Covid regulations as several first team players travelled to Belfast last weekend for a ‘bonding session’.

Training was cancelled on Monday morning, with players not being allowed back to train in Oriel Park until Wednesday after their tests for Covid-19 came back negative.

The trip, which was not sanctioned by the club, caused consternation not only within the club but with the FAI and the US based owners Peak6.

The FAI carried out their own investigation and decided not to sanction the club, whereas the owners were disgusted with the carry-on and the negative press that it attracts.

Sporting director Jim Magilton was asked what his bosses thought in the States: “They are not happy at all and they have shown that. We made a statement and made another today. Does this shine a favourable light on the club? Absolutely not. As the main body, they are not happy.”

If the players had waited just another couple day, they could have avoided this malarkey, Magilton reacted to what went through the minds of the players.

Notoriously, footballers going on team bonding sessions have often found the media spotlight for the wrong reasons. This is yet another example. When asked who organised the trip Magilton refused to elaborate.

The FAI issued a statement about Dundalk's covid breach acknowledging members of Dundalk's first team squad who breached COVID-19 protocols and travel guidelines are to be fined.

'We also welcome the apology by the players involved and their commitment to make a donation to a local charity,' the statement noted.

'The FAI engaged with Dundalk FC throughout this process and reminded all involved that, at a time when all Irish football is easing back into action with the assistance of all State agencies, this breach was most unwelcome and unacceptable.'

Sean Murray: 'We saw it as a chance to bond as a team - in hindsight, it was a mistake’' https://t.co/NdrLYFKfLU pic.twitter.com/bzPd0X8x90