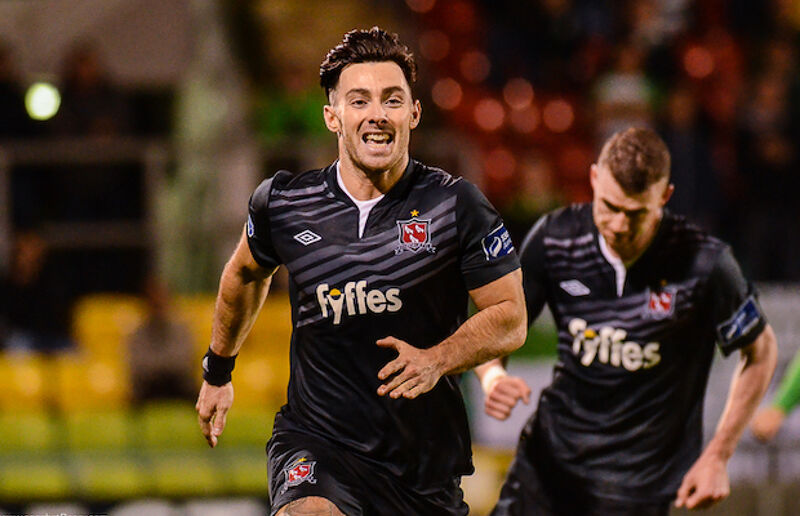 Shamrock Rovers confirmed that midfielder Richie Towell has signed for the club on what is believed to be a three and a half year deal. He will be eligible to play for the Hoops from 1 July with Rovers noting that ‘he will join the squad in a few weeks to prepare for match action’.

Rovers play against Dundalk in Tallaght Stadium on 2 July.

| We are delighted to announce the signing of Richie Towell

Towell’s season in the UK came to an end at the weekend when his Salford City team just missed out on a promotion play-off spot.

The 29-year-old player has been lining out with the League Two side for the last two seasons and he won the EFL Trophy with the club last season.

His acquisition adds to the wealth of attacking talent at Stephen Bradley’s disposal and Towell is likely to play a critical part in Rovers’ defence of the title and their Champions League campaign.

The midfielder played underage football with Crumlin United before joining the Celtic youth system in 2007. He made his senior debut for the Scottish Hoops side in November 2010.

He subsequently played on loan with Hibernian before Stephen Kenny signed him for Dundalk in December 2012.

He made his League of Ireland debut against Shamrock Rovers on the opening night of the 2013 season. He scored seven times in 31 league appearances as he picked up the PFAI Young Player of the Year award.

The following year he won the title with Dundalk playing all 33 league games and scoring 11 times. In 2015, he scored 25 times in 32 league games as Dundalk won the Premier Division title once again.

He scored the winning goal for the Lilywhites in the FAI Cup final against Cork City and won the PFAI Player of the Year award.

He moved to Brighton & Hove Albion in early January 2016 and played on loan with Rotherham United for two seasons and was involved in their promotion and relegation campaign before making the move to Manchester to play with Salford City.