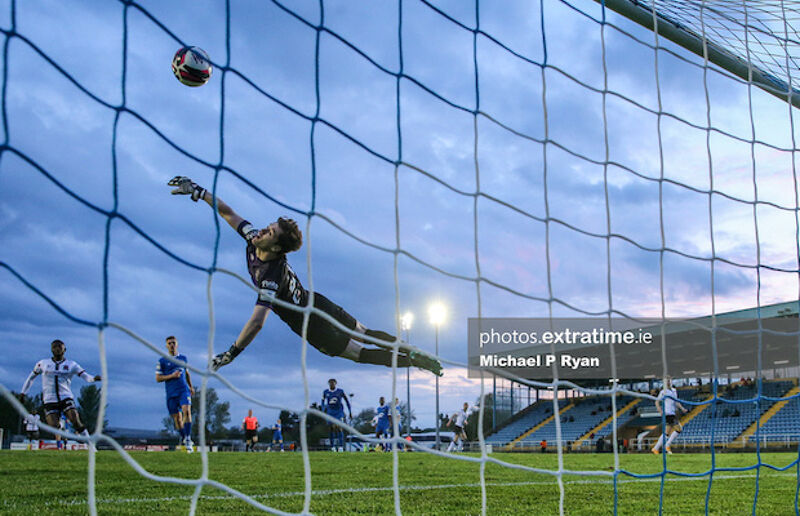 The Lilywhites will be hoping to extend their unbeaten run under Jim Magilton as they host third placed Sligo Rovers on Friday night.

After taking over last month as interim manager, Magilton has steadied the ship at Oriel Park with Dundalk with eight points from four games.

The Lilywhites come into Friday’s match having drawn 2-2 with Longford Town last Monday. Finding themselves 2-0 down inside the opening 15 minutes,  Junior found the net before skipper Chris Shields equalised with ten minutes remaining.

Looking ahead to the visit of Sligo Rovers, Magilton told the media “we are where we are. Friday is huge for us; I expect us to go and present ourselves and do everything we can to win the game.”

The Bit O’ Red visit Oriel Park on Friday in third place, seven points off the top. A quarter of the way through the campaign, having accumulated 16 points from their opening nine games it means Liam Buckley’s men have had their best league start since 2013.

Sligo won at Dalymount Park and lost at the Brandywell, before being held to two 1-1 draws last weekend. Johnny Kenny’s first half strike earned them a point away to Drogheda before St. Patrick’s Athletic rescued a point in added time last Monday.

Rovers overcame Dundalk in both games last year, winning 3-1 at The Showgrounds before picking up a 2-0 win at Oriel Park to secure a European spot.

The sides played out a 1-1 draw in the opening weekend of fixtures, with Patrick McEleney and Romeo Parkes both scoring in the first half.

Although Rovers were disappointed to concede in the 96th minute last Monday, they are in good form and will be full of confidence when they face Dundalk, especially after the Lilywhites turbulent start to the season.

Rovers’ boss Liam Buckley told the club’s media team “we came close last Monday and in the end we came away with a draw. It was a decent display against a team at the top of the table.”

“They’ve also gone through a managerial change and what comes with it. They will be a lot stronger; they are picking up wins and we have to be ready for them. The games between the teams are always close and it’s going to be the same on Friday I feel.”

Sligo Rovers came out on top in both fixtures last season, winning 3-1 and 2-0.

Dundalk are unbeaten in their last five league games, although they have only kept one clean sheet in their opening nine games.

The goalkeeper claimed his 75th league clean sheet for Rovers last Monday (from 143 games) and this weekend is set to play his 75th consecutive league game for the Hoops.https://t.co/MbTNBesWtb pic.twitter.com/6TN1eLMgPU