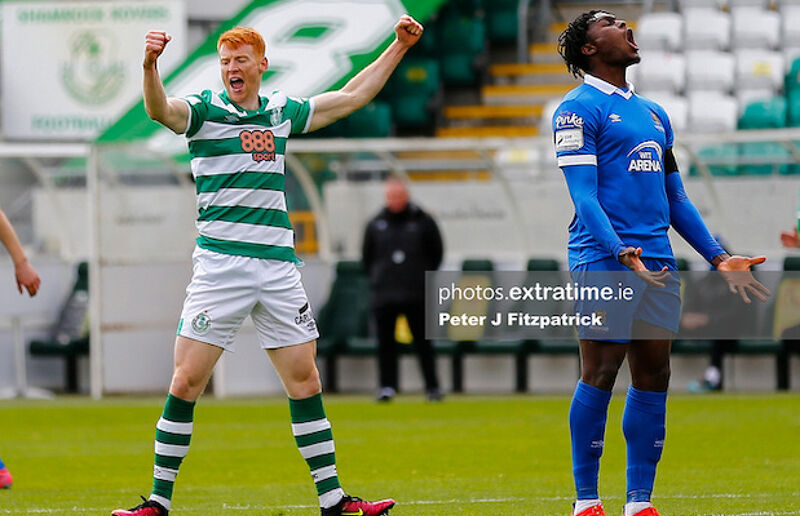 Hoops Head Coach Stephen Bradley hailed his side’s “fantastic achievement” in breaking the all-time League of Ireland unbeaten record. Rovers’ 3-0 win over Waterford was their 31st consecutive league game without a loss and breaks a record that had stood for 94 years.

Bradley is now looking for his team to kick on and push the record out beyond the reach of any team.

“It is unbelievable from the group, as it isn’t an easy thing to do go 31 games (without a loss),” said Bradley when he spoke to extratime.com after his side’s sixth straight win of the season. “They deserve all the credit they get because it is a fantastic achievement.”

Rovers have won 25 of those 31 games – an 81% win percentage and their fourth clean sheet of the season means that during this 'invincible' run they have conceded just a dozen goals.

“It is really impressive defensively and to get that win ratio as well is great. It has been a fantastic run from the players but we are nowhere near finished. It is only the start of the season and we want to keep this run going as long as possible. Can we keep it going, keep pushing it and maybe make it impossible for another team to do it at some point.”

Ahead of next week’s matches, the Hoops are two points clear of second placed St. Patrick’s Athletic and they play the Saints next Saturday evening. The Athletic were the only team that Rovers couldn’t beat in the league last season – playing out two scoreless draws – and the Hoops haven’t beaten St. Pat’s since July 2019.

Stephen O’Donnell’s men got a late equaliser in Sligo on Monday evening to keep their unbeaten record for this season. When they played in Tallaght in their opening league fixture of this year, they took the lead in the 87th minute only for Aaron Greene to equalise two minutes later to keep Rovers’ unbeaten record going.

“It should be a great game. They have started really well and some great players that are playing well. It has all the makings of a really great game and I’m looking forward to it.”

It was a fairly comfortable win for the Hoops on Sunday afternoon over Waterford thanks to goals from Rory Gaffney, Gary O’Neill and Danny Mandroiu – with Bradley particularly pleased to see the former Bohs man get his third goal of the campaign.

“I thought the team were excellent today. Some of the play was brilliant. Danny has been excellent for us but the one criticism I would have of him is he needs to score more goals. He needs to be more ruthless in the final third. His work ethic, his attitude and what he has brought to the group is first class.”

The only negative point of the game was Neil Farrugia’s injury. The player came on as a second half sub making his first appearance for the Hoops since last October but seemed to aggravate his hamstring again. He limped off before the end of the game leaving the Hoops to play out the last few minutes with ten men.

“We have been so patient with his injury. We spoke to everyone outside of the here – teams in Holland, Belgium, England and Scotland, rugby teams and swimming coaches. We’ve gone everywhere to get an opinion. We will  be patient and we’ll assess it tomorrow.”