Chris Forrester: 'We want to keep it going' 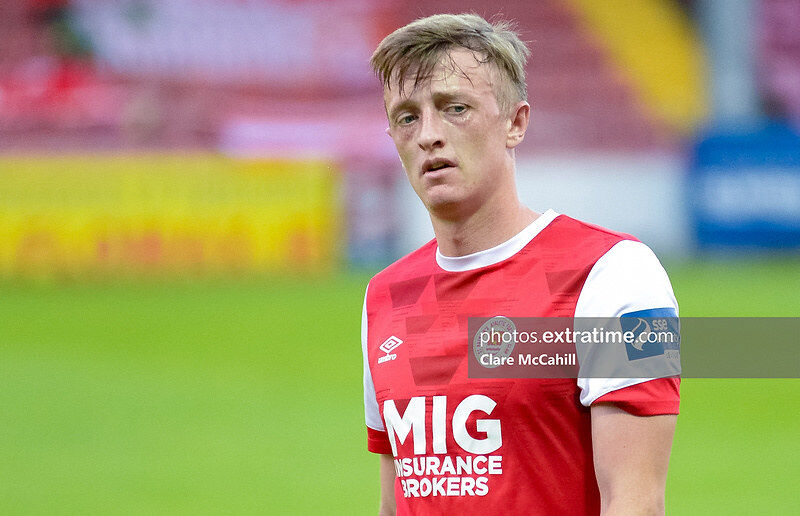 St Pat's have been in great form so far this season. Credit: Clare McCahill (ETPhotos)

St. Patrick’s Athletic have enjoyed a fine start to the 2021 campaign, winning five of their opening seven games, while recording draws away at Dundalk and Shamrock Rovers.

Their most recent outing saw them overcome Finn Harps in Ballybofey with Billy King netting in the first half while their second half goal came courtesy of a Matty Smith header.

Following the match, Chris Forrester was quick to rain praise upon the performance.

“It was a professional performance from us.” Forrester told extratime.com.

“We know what we are going to get coming up here, they played a lot of early balls in towards us but I thought we dealt with it well.

“Harps put pressure on us throughout the game, the big lads came on, it was far from comfortable and in the end a hard fought win.”

Billy King netted a fine strike on the half hour with Matty Smith heading home on the hour and Forrester noted that both goals came at crucial points.

“They have to come out of their defensive third a bit more, which creates a bit of space and I think we exploited that well.” He said about the first goal.

“Matty(Smith) got his header and it essentially killed the game, it was shut up shop from then.”

The victory over Finn Harps now sees St. Pat’s at the summit of the Premier Division, level on points with last season’s champions Shamrock Rovers and the former Peterborough United player noted that his side have a clear vision for this season.

“We know nothing is won after seven games, it’s a 36 game season so come back to us towards the end of the campaign but the relentlessness and hard work won’t stop.”

“We want to keep it going(Our unbeaten start), keep momentum with us and put ourselves in the best position every week.” He finished.

“If we can do that, there is the possibility for a very good campaign.”

Shels boss Ian Morris praises his side as the Reds end their Cabinteely hoodoo https://t.co/IgcqpgRC1O pic.twitter.com/PW7nLd8mH7