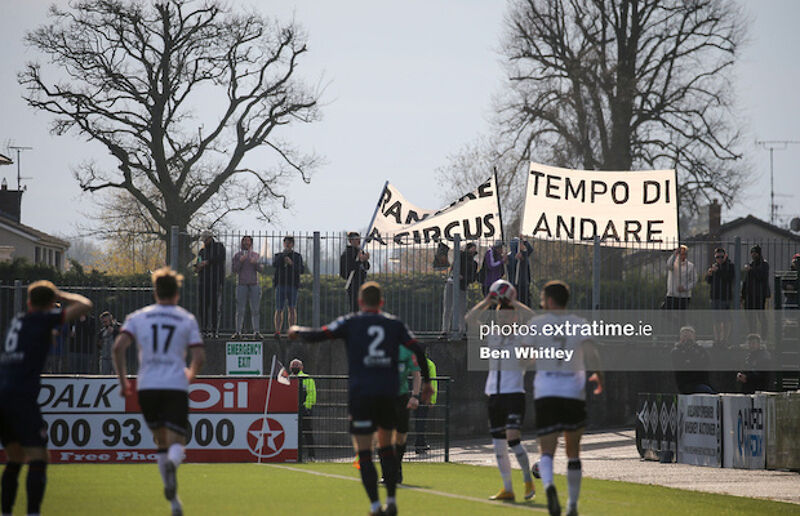 'Run like a circus' and 'Time to go' read the banners outside Oriel Park Credit: Ben Whitley (ETPhotos)

Giovagnoli, who took over the club in August 2020, led Dundalk’s run to the group stages of the Europa League and their FAI Cup success last season. They also lifted the FAI President’s Cup in March of this year, following a tense penalty shoot-out victory over Shamrock Rovers.

The club thanked the Italian for his service to the club and said: “He has behaved with great dignity and professionalism throughout his time in Ireland and everyone at the club wishes him all the very best in the future.”

They also thanked Shane Keegan for his work and wished him the best of luck going forward. Keegan had been listed as team manager this season but had resigned ahead of Saturday evening’s game against St. Patrick’s Athletic.

The club also announced that Giuseppe Rossi will remain at Dundalk FC as part of the coaching team.

The statement follows a weekend of drama at Oriel Park, both on and off the pitch. On Saturday, the club scored late to salvage a 1-1 draw against high flying St. Pats, a result which ended their three game losing streak – they have yet to win a match this season. During the game there were protests outside Oriel Park by fans who saying the club was being run ‘like a circus’.