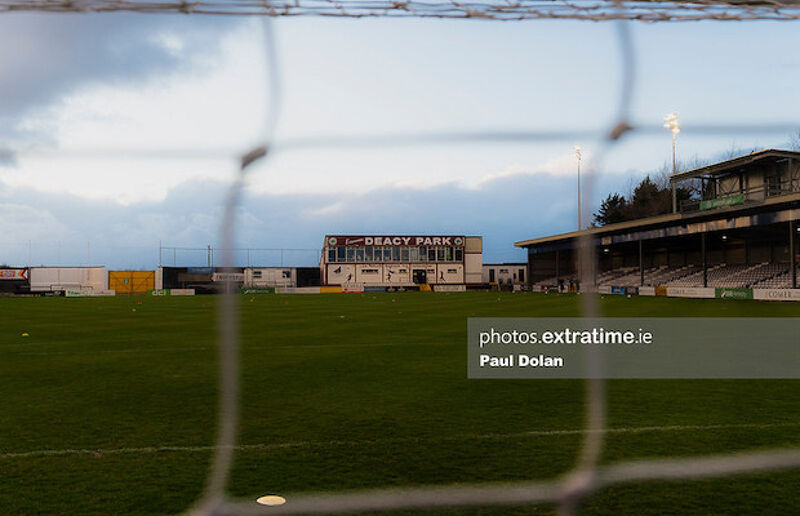 Treaty United’s unbeaten start to the season continued on Friday night as they played out a 1-1 draw with Galway United at Eamonn Deacy Park.

Just one goal separated the sides deep in the game after Edward McCarthy finding the target in the 18th minute after Marc Ludden drilled a cross into the box.

Galway abandoned their three man defence for a four person back line after struggling against Shelbourne and Athlone Town this season but it didn’t seem to have the desired effect with the Tribesmen still not looking like the team they were expected to be before the season began.

They did manage to rescue a point late on with Wilson Waweru getting on the scoresheet for the second time with one of the last kicks of the game.

Treaty United set a frantic pace to start the game but it was United who had the first shot on goal.

In the ninth minute Ronan Manning showed off his skills when he cut in off the side line to beat Marc Ludden before pinging a long range diagonal ball through to Ruairí Keating.

The forward happily took the ball on and was confident enough to fire from the edge of the box drawing a good save from Tadhg Ryan in the Treaty goal.

In the 18th minute the visitors forced Galway to re-think how their evening was going to go after McCarthy headed the ball into the net while under strong pressure from the Galway defence.

It was former Tribesman Ludden that provided the excellent drilled cross into the box that found the midfielder deep at the back post to give Treaty the lead.

An overall poor first half saw Manning dribble a shot wide from long range and a few deflected shots for the home side, while Hanlon had a shot for the visitors during the half that bobbled into Conor Kearns’ chest.

There was an early scare for Treaty from a Killian Brouder free-kick in the Galway half. The defender played a good high ball into the box and a flock of Treaty defenders just managed to nod the ball down forcing Ryan to rush from his line and smother the ball to the ground.

In the 58th minute Galway found the target when Keating played the ball quickly from a free-kick, having been taken down near the centre circle.

The forward rolled it into the path of Shane Duggan who raced forward and blasted the ball at goal forcing a quick diving save by Ryan in the Treaty goal.

Treaty took the ball down the other side almost immediately with Alan Murphy managing to beat the defence and bare down on goal only for the midfielder’s shot to be excellently stifled by a block from Kearns.

Galway were applying most of the pressure throughout the second half, but clear cut chances were hard to come by for John Caulfield’s side.

Substitute Wilson Waweru drilled a great shot from the edge of the box late in the game which was blocked by a plethora of Treaty defenders which was followed by screams for a handball by Galway to no avail.

Waweru managed to come to Galway’s rescue in the final minute though after Conor McCormack booted a long ball in from a free-kick.

Keating rose highest in the box to nod the ball down to a crowded goal mouth where Waweru was able to pounce and hoof the ball into the roof of the net to rescue a point for the home side.