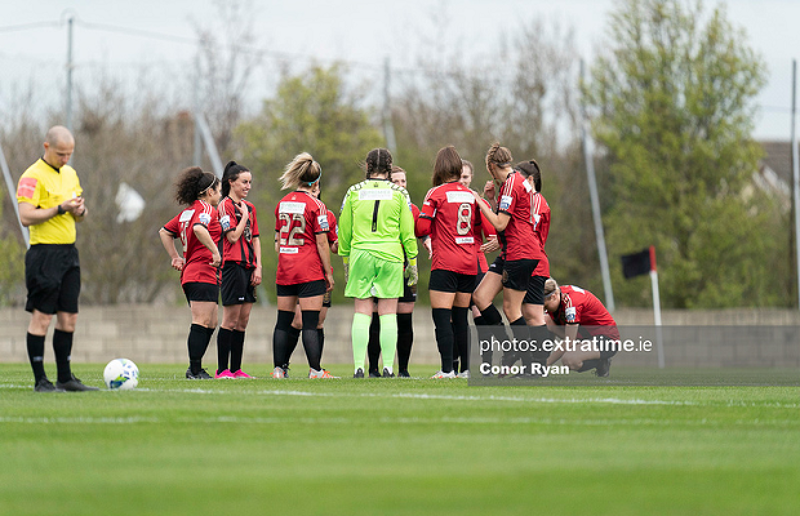 Sean Byrne’s side will be looking to get their second win of the Women’s National League season when they host Cork City on Saturday afternoon (kick-off 2pm).

The Gypsies got their campaign off to a perfect start with an impressive 6-2 win over Treaty United before being brought back down to earth with a 3-1 loss away to Galway a fortnight ago.

Bohemians acquitted themselves well against Galway however, and Billy Clery’s side certainly didn’t have it all their own way when the two sides met in Eamonn Deacy Park.

With the Rebels conceding 6 goals in their opening two games, Bohemians’ attackers might be eyeing up an opportunity to add to their tallies for the season this Saturday afternoon.

The home side will have a full squad to choose from for the visit of Cork.

The Rebels will be gunning for their first win of the season when they travel to Dublin to face Bohemians this weekend.

Cork have shown great character so far this seasoning battled hard to come from behind and draw 3-3 with Galway.

Their game 3-0 loss to Shelbourne will have been a disappointment for Ronán Collins’ side but having conceded twice in the opening 15 minutes City managed to steady the ship for most of the rest of the game two weeks ago.

That first win has escaped them and that’s something that they should correct this weekend if they can show the same level of performance they’ve been at so far this season.

City will be weakened with the news that Zara Foley and Sophie Liston remain sidelined through injury, alongside Katie McCarthy.

The Rebels will also be keeping an eye on the fitness of Danielle Burke, Kelly Leahy and Riona Crowley with all three possibly unable to feature for Cork this weekend.

Cork City have beaten Bohemians both times the clubs have faced each other, once in the WNL and a second time in the FAI Women’s Cup.

City have yet to claim their first win of the new WNL season, while Bohemians won on the opening day with a 6-2 victory over Treaty United.

Bohs’ Bronagh Kane and Aoife Robinson are part of a pack near the top of the goalscoring charts with 2 goals each so far this season.