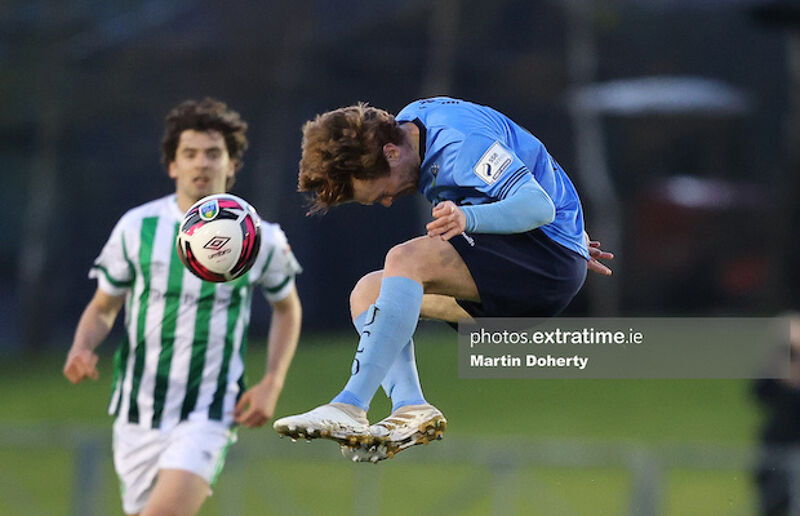 It was stalemate at the UCD Bowl on Friday night as the Students and the Seagulls played out a scoreless draw, a result that leaves both teams in mid-table positions - UCD in third position on five points and Bray in sixth with three points.

A 0-0 score line is normally prefaced with the descriptor ‘boring’’ but this game was anything but. Both sides played really attractive football, full of attacking intent, very little long ball or route one stuff and all that was missing was their ability to find the back of the net.

UCD were unchanged from their previous outing, not surprising given they beat Cobh Ramblers 4-0 away from home. Bray had Luca Lovic and Stephen Kinsella in for Conor Clifford and Gary Shaw from their last match, a 3-3 draw away to Shelbourne.

The visitors were quickest out of the blocks and they dominated the first 10 minutes with Brandon Kavanagh, two goal hero in their match against Shelbourne, and Ryan Graydon both causing a lot of trouble for the home defence.

UCD’s only response in the opening period was a shot on target by Liam Kerrigan but it did not trouble Republic of Ireland under-21 keeper Brian Maher in the Bray goal.

The home side took over after the opening phases of play however and began attacking Bray on all fronts with Colm Whelan a thorn in their side at centre forward. He ran at the Bray defence at every opportunity and giving his direct marker, centre back Aaron Barry, a difficult time.

Whelan was well supported by his colleagues, with the diminutive Sean Brennan particularly prominent in the middle of the park. Brennan had a speculative shot himself in the 38th minute but he got under the ball too much and it sailed high and wide.

Andy Myler’s men did force a number of corners during their period of dominance but a lack of height in their attacking function meant they were all dealt with comfortably by the Bray defence.

UCD started the second half in the same positive attacking mode and had claims for a penalty turned away by referee Kevin O’Sullivan when full back Evan Weir appeared to be taken down in the box in the 52nd minute.

The ref incidentally contributed to the free- flowing nature of the game by using the advantage rule on many occasions.

In a mirror image of the first half, Bray then took control of the match and began to dominate proceedings for most of the remainder of the second half.

Bray’s Richie O Farrell now pulled the strings in the middle of the pitch as Brennan faded somewhat and Graydon and Kavanagh both re-emerged as the most likely source of a goal for the visitors.

Graydon, who played on the left wing in the first half but switched to the right wing in the second half, gave UCD’s Evan Weir many anxious moments. It meant centre backs Luke Boore and ex-Finn Harps player Sam Todd were called into action to snuff out his influence.

Bray introduced Joe Doyle for Lovic on 55 minutes and his electric pace did cause UCD some problems, one long ball over the top in the 67th minute almost had Doyle through on goal but UCD keeper Lorcan Healy was very quick off his line to hack the ball to safety.

The Students also introduced substitutes Dara Keane and Adam Lennon in the last quarter but they were unable to make sufficient impact to change the outcome and even with three minutes of extra time added neither side could find a way to find the net.