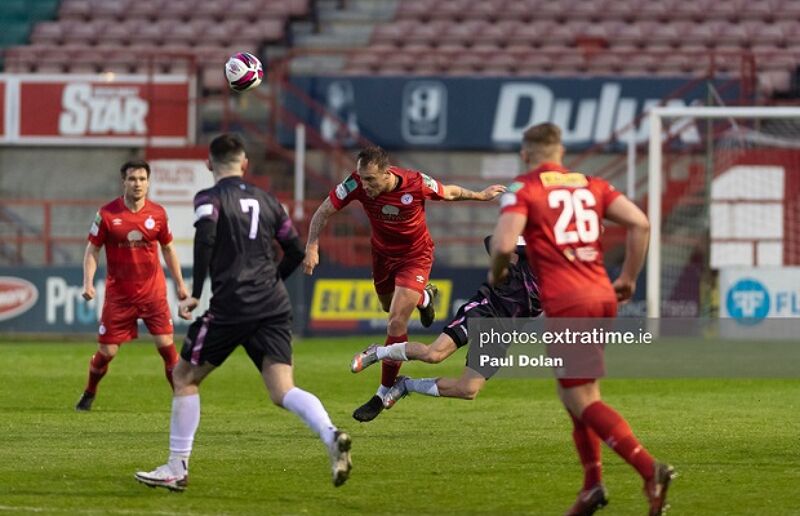 Athlone Town continued their stunning start to their 2021 campaign with a 1-0 win away to Cork City on Friday night.

James Doona’s 79th minute winner was the difference between the teams as Colin Healy’s side fell to a second successive defeat.

Elsewhere, Shelbourne earned a hard-fought 1-0 victory at home to Wexford – thanks to an unfortunate Conor Crowley own-goal.

Brian O’Sullivan’s side caused a number of issues for Shels throughout the 90 minutes at Tolka however so they will be pleased with their showing despite defeat.

Treaty United also continued their unbeaten start to life in the League of Ireland with a 1-1 draw at home to Cobh Ramblers.

Tommy Barrett’s side took a first-half lead through Sean McSweeney in the 15th minute – before they went down to ten-men following a straight red card for Charlie Fleming.

They could not hold out as Darryl Walsh earned the Rams a much-needed point as they earned their first point of the season.

UCD and Bray Wanderers played out a scoreless draw at the UCD Bowl on Friday evening as well in the night’s other game.

The game between Cabinteely abd Galway United was of course due to take place as well this evening – but that game was called off two hours before kick-off after discussions between Cabo, the HSE and the FAI.