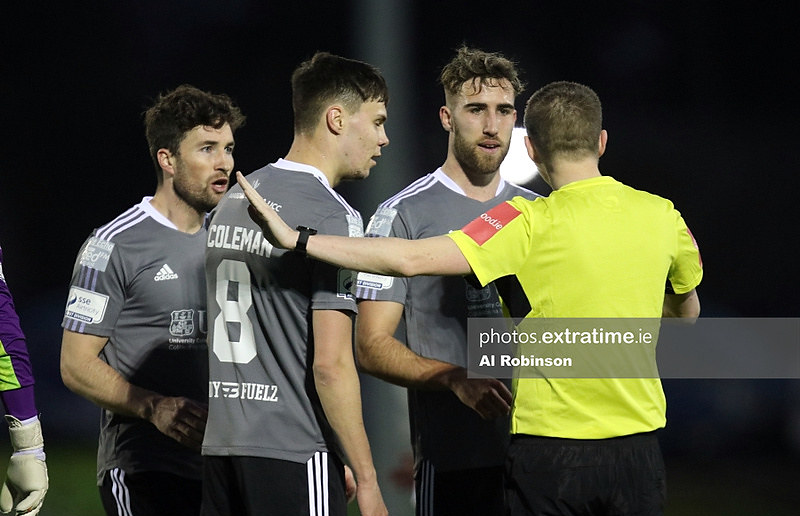 Colin Healy’s side are planning for a return to home comforts after a first defeat as they take on Athlone Town on Friday evening (Kick-off 7.45 PM).

The City boss knows they will have to up their game though. In his weekly press conference, he said “They’re a very good side, and it’ll be a very tough game on Friday night, just as every game this year will be. They’ve got some very good players and a very good manager. It’ll be a tough challenge on Friday night, but it’s one that we’re ready for.

City had plenty of the ball last week up in Cabinteely but failed to make the most of their chances. A second-half own-goal by George Heaven proved their undoing. It perhaps demonstrated how competitive this season will be.

Dylan McGlade emphasised that point. “Looking around at the league this year, it’s probably the toughest it has been in a long time. I know a lot of the lads that play for Athlone, they have a lot of experience.”

It has been a great start to the season for the Westmeath side after a few seasons of poor results. Dark horses with many for the promotion shake-up, they have proven many wrong so far.

An opening-day late point secured at UCD was built upon in style when Galway visited last weekend. John Caulfield’s side are the favourites in the eyes of many in terms of winning the league, but they were second best here. An early Gary Boylan gave them an early advantage before Stephen Meaney grabbed a quickfire double. All in the first half. They with-held a fightback from their visitors to see out a well-deserved win.

The signing of Meaney, along with Adam Wixed, from Drogheda Utd has proven to be a major success so far. They have built up a decent partnership so far. Meany leading the scoring charts with three from two games and Wixed being named man of the match. Both will hope for more in what is likely to be an unchanged side.