Andy Myler: 'We have a bit of quality in our squad and it comes out on nights like this' 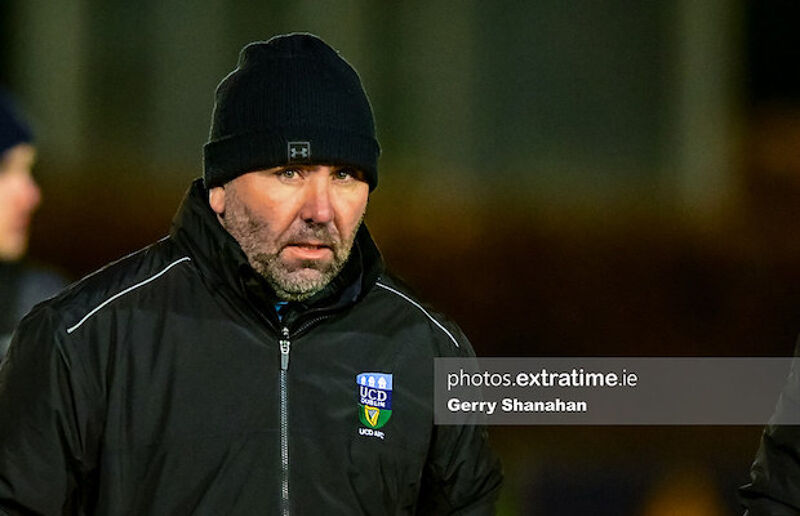 UCD manager Andy Myler was all smiles on Saturday evening after his team battered Cobh Ramblers 4-0 at St. Colman’s Park.

A brace from Liam Kerrigan combined with a smashing free kick from Jack Keaney and a late strike from Colm Whelan gave the Students their first win of the season.

“I’m delighted, you always get a difficult game down here in Cobh,” said the UCD boss when he reflected on the result afterwards. “Most things worked out for us in the game. We were at it from the first whistle with our work rate and some of the quality of our play made it a really good night for us.

“I don’t think I can single out the lads who scored. All of the lads, from one to 11 and the lads we brought on, everyone was fantastic. We have a bit of quality in our squad and it comes out on nights like this.“

The result came just seven days after they drew 2-2 against Athlone Town at the UCD Bowl. The Students now sit two points behind league leaders Cabinteely in the early season First Division table.

“When you look at our results, you may think it should be the other way around, that we won the home game and drew the away game. We would have aimed to get four points from the last two games and that has worked out for us.

"I’m delighted with the start and the effort. I’m very happy with our fitness for the time of year we are in.”

Next up for UCD is a home tie with Bray Wanderers and then a South Dublin derby date with league leaders Cabinteely.

“They are two big home games for us,” Myler looked ahead. “We have to get better with our home form. I’m looking forward to both those games, but they will be tough.

“I went to Bray’s game against Shelbourne and they are a really good side. Cabinteely started off the season well and they are flying. They will take a bit of stopping. The next two games are as local as a derby as we get our around our place!”