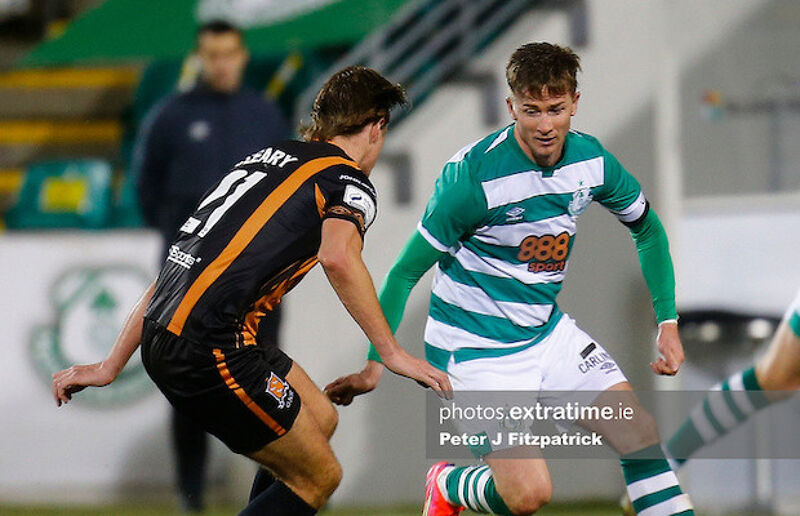 Shamrock Rovers skipper Ronan Finn admitted that the Hoops rode their luck against Dundalk on Friday night but were happy to get their first win of the campaign.

“It was a tight game and luckily we came out on top,” said Finn about the 2-1 win over the Lilywhites when he spoke to extratime.com after Rovers' third league win in a row over Dundalk.

“We don’t generally like to play like that. It was end to end. We had a goal disallowed and it looked to be a tight call. They have hit the post and bar.

“We would rather dominate the game but we understand that Dundalk are a good side and are going to get chances. That is why we have Alan [Mannus]. He is the best ‘keeper in the league and he has shown that again tonight.”

Danny Mandroiu scored a first half goal and provided the assist for Dylan Watts who came off the bench to score the second for the Hoops.

“Danny does it every day in training. He is a lovely footballer and someone who has fitted into the group really well. He has a great attitude and great character and that is what you need.

“Dylan came on tonight and shows what he can do. We have top players on the bench and anyone can come in any given day and do their part. If you look at our bench tonight it is so strong.”

A late goal for Pat Hoban made the Hoops work right to the death for all three points.

“We lost out on a cleansheet. In fairness they had other chances and we have to defend better. Alan has maybe pulled us out of it with a couple of great saves and they’ve hit the crossbar.

“We rode our luck. We need to learn when we are 2-0 up, we need to nullify them. Tonight was about three points, getting off the mark and up and running.”

The result stretched Rovers unbeaten record in the league to 24 games, having not lost since a 3-2 away defeat to Dundalk in October 2019. That is Rovers’ longest unbeaten run in the league for 96 years.

“It was nice to get a win under our belt. There is a long long way to go. We can’t look too far ahead. Dundalk will be right up there.”

Shamrock Rovers are now on their longest unbeaten run in the league in 94 years: