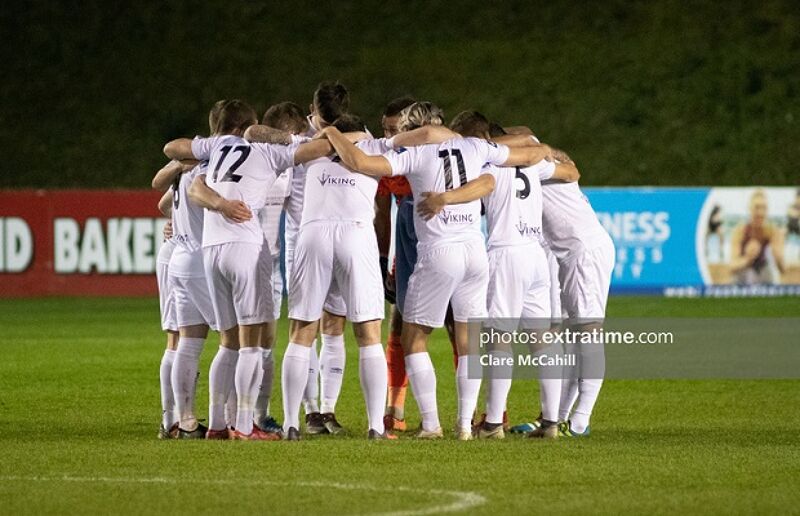 The Candystripes are looking to open their account for the season as they entertain Waterford in their first home game of the season at the Brandywell. Kick off is at 6pm.

Declan Devine’s charges have had a fortnight to stew over an opening night defeat away to Longford after their fixture with Shamrock Rovers was postponed last week.

Derry will again be without Manchester City loanee Joe Hodge and also Marc Walsh who is out with a hamstring injury.

Declan Devine is hoping that his side can pick up their first win of the new campaign on Saturday night and kickstart their season after a poor performance against Longford.

“I have every confidence in this group and I believe our supporters will see that in the coming weeks and months.”

Kevin Sheedy’s men make the long trip North in search of their first points of the new season after back-to-back defeats.

Waterford were unlucky not to get something from their game against Sligo last Friday night, they should have gone two nil in front before Ed McGinty denied them from rescuing a point at the RSC.

Given the huge turnover of players at the RSC it is expected that they will take time to gel. However it is imperative they start to pick up points and tomorrow night will be an opportunity for them.

Both sides go into this game as the only sides without a point so far.

William Fitzgerald could face his former club if he features for Derry.

Waterford haven’t won at the Brandywell since 2018