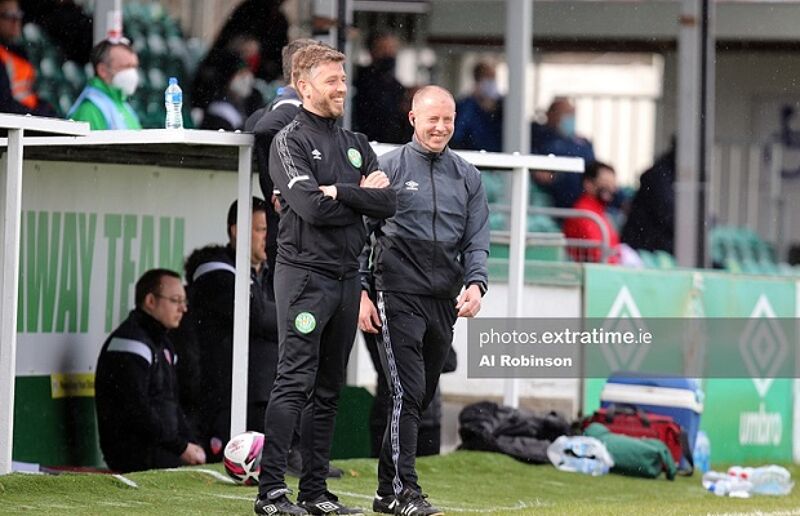 Bray Wanderers boss Gary Cronin said that he was pleased with his sides performance and point at Tolka Park on Friday evening.

The Seagulls levelled the game twice – before taking a second-half lead through a Brandon Kavanagh screamer from 25 yards out.

But Bray were unable to hold on for a point – as Georgie Poynton was awarded and converted what looked to be a dubious looking spot-kick 15 minutes from time.

“It was a good game for the neutral I think,” Cronin said after the game. “Ourselves and Shels were eager to win the game.

“We came out in the second-half all guns blazing and got our two goals – which we well deserved at that stage.

“I’m a little bit disappointed with the decision made by the referee (for the penalty). It is what it is, and it’s done now but that’s not to say Shels might not have scored again.

“It was a great advertisement for First Division football, a smashing game to watch I would say but when it comes to the league table its two points dropped for both sides.”

Bray fell behind in the early stages of the first-half despite enjoying parts of the opening exchanges – but the game turned following the withdrawal of Gary Shaw due to injury.

“I thought it was a slow start to the game, but I thought we were the better of the two until Shawsy pulled up,” he added.

“They scored in that period when we were trying to get somebody on. we lost our way for a few minutes, but we got ourselves back into the game.

“We gave away two poor goals to be fair – two very preventable goals which is not like us. there’s not much we could have done about the third, but Brandon (Kavanagh) was excellent.

“The work rate of the whole team was also excellent, particularly in that second-half. We’ve dug deep and there’s a lot of positives in that performance.

“We brought Brandon in to score goals and he’s popped up with two tonight and we’re delighted with that.”

On the substitution of Shaw – who missed out on last week’s draw with Treaty United with injury – Cronin added: “It’s something that we need to look further into. We thought he might have been Ok after 10 days or so but obviously not.

“We’re going to have to look at that further and see how it goes. We want all our players – not just Gary – as fit as they can be and get them back on the pitch.

“Darragh picked up a bad injury against UCD in pre-season but he’s coming back from that and Joe is nearly there, but Brandon did a great job up there today.”