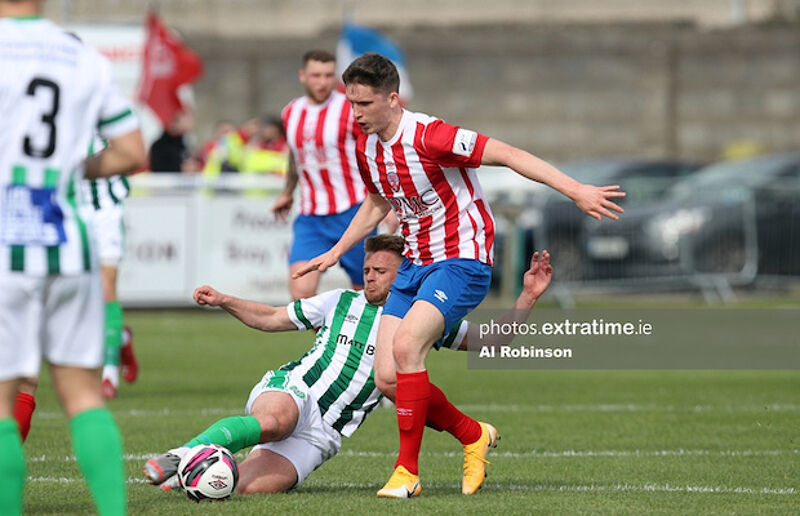 Treaty United will be high on confidence following a highly respectable draw away to Bray Wanderers when they welcome Wexford to the Markets Field on Friday evening (kick-off is at 7.45pm).

The game finished 0-0 and the Limerick-based side will be content with a point having finished the game with ten men and given such high levels of absenteeism beforehand.

The squad is still heavily depleted as can be seen from the extensive injury list below while Sean McSweeney is ruled out through suspension after he was sent off in the Carlisle Grounds last Sunday. On the plus side, Clyde O’Connell returns from suspension.

O’Connell scored the winning goal as Fairview Rangers won last year’s FAI Junior Cup and his return should bolster the Treaty side.

While happy last week’s result, manager Tommy Barrett says there’s still room for improvement adding that they “need to get on the ball more” and that their “attack must be better”.

Barrett is wary of the opposition saying that Wexford have some “very good attackers”.

Wexford’s season got off to a bad start last week as they suffered defeat in their opening fixture.

The Warriors lost 2-1 at home to Cabinteely and both themselves and Cobh Ramblers are the only two sides yet to get off the mark this season.

In team news, Dan Tobin and Charlie Smith are returning from the injuries that effected their pre-season and may be available for starts on Friday night while, new signings Anto Dolan and Cameron Power remain absent.

It’s a first ever home game for Treaty United in the SSE Airtricity League of Ireland First Division.

Treaty United are looking for their first win and their first goal of the competition after their inaugural tie ended in a scoreless draw away to Bray Wanderers last week.

Wexford have lost four of their last five games in the First Division; their last win came on the final day of last season (2-1 at home to Longford Town).