Stephen Kenny: ‘We just had a real kick in the teeth against Luxembourg’ 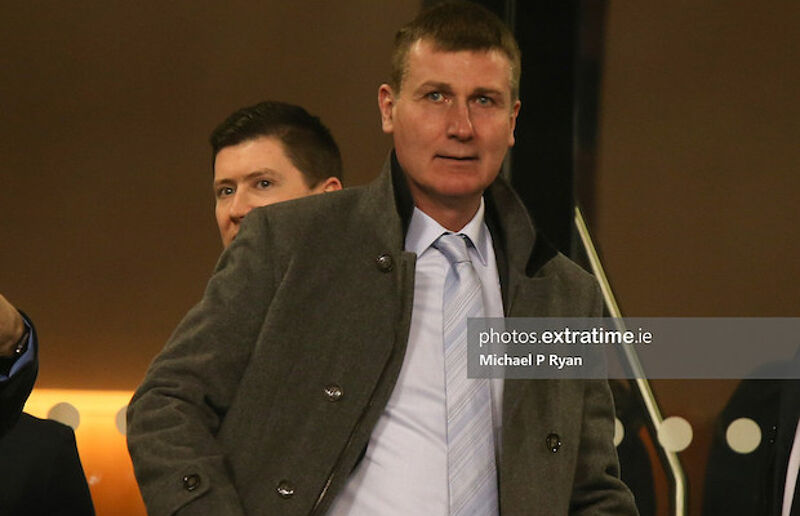 Stephen Kenny was in a defiant mood when asked about the progress being made in his reign as Irish manager that has seen 13 young players introduced to the senior squad, as well as trying to implement a new progressive style of football.

Speaking ahead of Tuesday’s friendly against 2022 World Cup hosts Qatar in Hungary, Kenny was still confident that promising performances against the likes of Slovakia and Serbia will turn into results.

“I’m fairly determined that we will get it right,” said Kenny. “We just had a real kick in the teeth against Luxembourg because World Cup points are so sought after and hard earned.”

Ireland named eight players aged 22 and under (including Kelleher who withdrew to injury) in the squad for this international window.

The manager was bullish when asked by extratime.com if results like the Luxembourg loss was going to be a case of suffering while the young players develop and the team adapts to his style of play.

“All of those players coming through are very talented. There are some suggestions that they’ll all end up back playing in Ireland and are not that talented,” he said.

“All of those players that have come in - Dara O’Shea, Jason Knight, Jason Molumby, Aaron Connolly, Gavin Bazunu, Caoimhín Kelleher - they will all have good careers at the top level. They are going to be good players for Ireland in the future and you will see them blossom.”

Kenny also alluded to the likes of Nathan Collins (Stoke City) and Adam Idah (Norwich City) - who are not in the squad, and Troy Parrott as important players in the future.

“We’ve got a whole lot of other players coming through and that’s a real positive.”

However, the Republic of Ireland are still in search of their maiden win under Stephen Kenny. Tuesday will be his 11th game in charge and the former Dundalk manager stressed the importance of getting results during the current campaign.

“I do think it’s not just long term. I think we can be good in this campaign. We were very good against Serbia we just let ourselves down by not capitalising on the situations that we had.

“Against Luxembourg we were not creative in the areas that we should be and that really hurt us,” he lamented.

Defenders Matt Doherty and Enda Stevens have been ruled out of Tuesday’s game which has a 7.45pm kick off (Irish time) in Debrecen.

Kenny also announced that the squad will travel to Spain for a nine-day summer camp where they will take on Andorra and Hungary to bridge the gap between tomorrow night and Portugal away on September 1st.

Gavin Bazunu: 'It is a big step up (to international football) but I tried to use some of those previous experiences of playing in Europe with Shamrock Rovers and getting a lot of first team games with Rochdale.'https://t.co/OJJFXL85S0 pic.twitter.com/wlJOaIPC4S