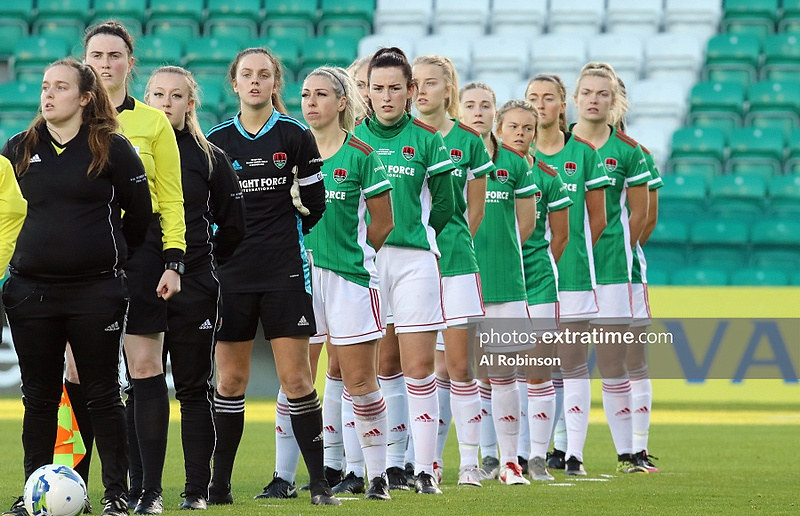 So prodigious was O’Mahony’s talent that she was rightly fast-tracked into the senior Ireland team at the age of 17 by former manager Colin Bell.

The Corkwoman was only 16 when she won her first WNL player of the month gong in 2018 and she has gone from strength to strength since.

The only real difficulty surrounded O’Mahony has been where to locate her best position, having started out as one of the league’s top full-backs before fully settling in midfield last year.

Regardless of where she plays, O’Mahony is one of the most effective players on the pitch and a big season in 2021 could see her make a serious claim for a senior international place.

There was a time when a cruciate knee ligament injury was a near-certain career-ender for a footballer even at the top level of the professional game.

Thankfully, medical science has improved dramatically since and Lauren Egbuloniu can look forward to a full recovery after suffering a serious injury days after her 17th birthday in 2019.

With the goal machine Saoirse Noonan departed for redder pastures in Dublin, the burden of scoring will fall on the consistent Christina Dring but it will be Egbuloniu who leads the line.

Another product of the prolific City youth system has all the attributes to step up to the mark and spearhead the Rebel County’s quest for glory.

How they did last season:

Cork City improved their position in the league from fifth in 2019 to fourth in 2020, comfortably seeing off Galway by five points.

The split in the league was a new innovation brought about by the pandemic and City made the cut for the top five, playing the four other sides at the top twice.

A 2-1 win over Galway on the opening day, courtesy of Saoirse Noonan’s first-half double, proved the difference between the sides.

City made the final for the first time since 2017, when a Clare Shine goal was enough to see off UCD Waves in a one-score game.

With Corona moving the final to Tallaght Stadium on a standalone day, City held double league-winners Peamount United to 0-0 at half time.

Peas cut loose in the second half, however, with goals from Steph Roche (2), Aine O’Gorman, Karen Duggan, Becky Watkins and Tiegan Ruddy seeing the champions to a 6-0 win.

Comfortable home wins of Bohemians and Treaty United in the quarters and semi-finals respectively ushered City to the final but it proved one step too many.

What to expect this season:

Improvement from fifth to fourth was a definite step forward for City, who have improved year on year since Rónán Collins took the job in 2018.

The target for this year will be to seriously challenged the established top three, but the loss of Noonan as a source of goals will be a challenge.

The recovery from a serious injury of Lauren Egbuloniu will help in that regard, while Sarah McKevitt brings top-level experience in midfield from her time with Wexford and Peamount.