Athlone Town's Dylan Hand: 'I want to play as many games as I can and perform to the highest of my ability' 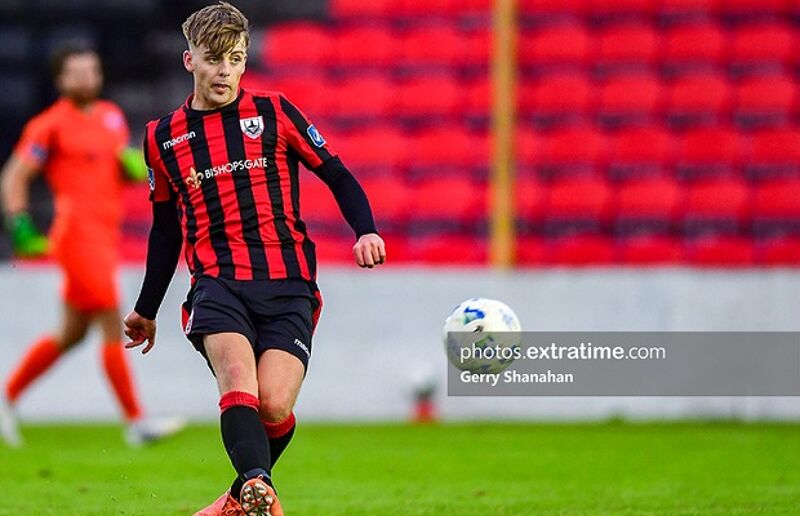 Unbeknownst to many, Dylan Hand has quite the CV for a 21-year-old. A Premier Division winner with Dundalk and a play-off winning promotion from the First Division with Longford Town, it’s fair to say the former Chesterfield youth player has had success wherever he has gone.

Despite this apparent success, 2020 took its toll on the young defender. He made 14 appearances for Longford Town in the First Division in a Covid-19 disrupted season. Hand found playing opportunities limited after the restart as Longford secured promotion to the Premier Division via the play-offs.

For young players, getting regular game time is the priority and Hand is hopeful that his move to First Division side Athlone Town can give him the opportunities he needs to progress.

The former Belvedere schoolboy is also hopeful that his experience of winning titles and promotions can rub off on his new teammates.

"I want to play as many games as I can and perform to the highest of my ability and be professional. I want to get to the highest level I can" says the former Dundalk man.

"Everywhere I go I seem to get a few trophies, hopefully, we can bring that into the season and with a bit of luck, we can get promoted," Hand says over a zoom call.

A BUSY TRANSFER WINDOW FOR ATHLONE

The Athboy native is one of nineteen new signings for the Westmeath side ahead of the 2021 season. Manager Adrian Carberry has refreshed the squad after finishing second from bottom in the First Division last season.

The likes of James Doona, Kurtis Byrne, Killian Cantwell, and Michael Schlingermann have made the move to Athlone Town Stadium.

With such a high turnover of players, it can take time to build a cohesive environment and establish a bond within the group. Hand viewed pre-season as an important time to allow the squad to gel as everyone will be needed to launch a promotion push in what looks like a very competitive and quality First Division this season.

"There's a lot of new signings, the most I've ever been involved with, Hand says with a puff of the cheeks. "It will take time to gel in pre-season we have played a few games, so it gives us time.

“The objective is promotion playoffs, but it's going to be a very tough league this year, there are a lot of very good teams in it and the squads they have are unbelievable," he explains.

Like so many, Hand had to take responsibility and keep himself fit at home during lockdown. Whether that was by going for long-distance runs three or four times a week, doing home gym workouts and eating properly, he found the lack of clarity over a return to play the most difficult to handle.

His former club Longford and now Athlone are part-time clubs training in the evenings, so keeping motivated outside of training proved difficult.

"It was tough at times (during lockdown) you didn't know when you were going back or what the plan was, I did take good care of myself,” Hand says.

"You're getting sent out on loads of runs and given gym plans and in the back of your head you're thinking are we even going to go back? Is there much point in this?" he recalls.

An interview being conducted over the phone or via zoom is one of many things Covid-19 has changed about football.

Football is now played behind closed doors, where players have to find motivation from within instead of relying on the crowd to find that extra gear during a game. Speaking with an old head on young shoulders, Hand is just delighted to be back playing football despite the circumstances.

"At the start, we trained in our pods, but now it's about being smart and keeping our distance when we can.

“When you're playing it's hard and when you're training with each other it's tough but there's hand sanitizer and stuff everywhere so before and after training we use that," Hand explains.

"Game-wise it is a bit strange, on buses you have to social distance and in the changing room. Without crowds it's a bit different but if it's the only way we can play football I'll take it!" he adds.