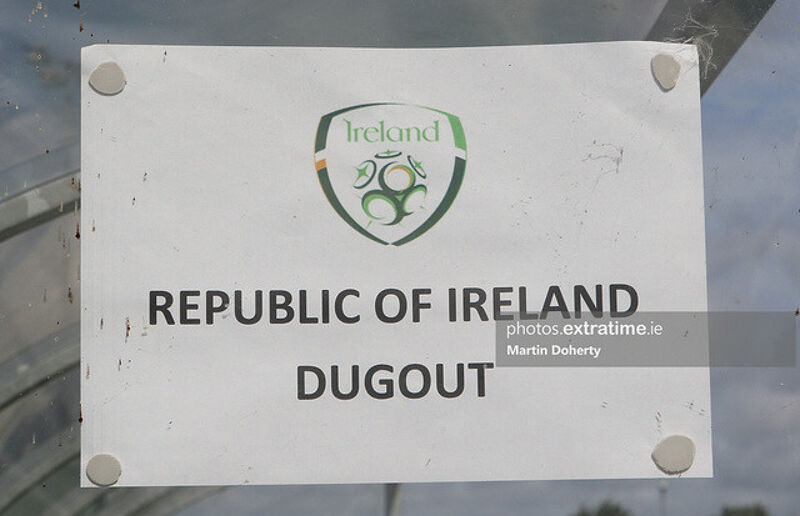 Aleksandar Mitrovic's brace after coming off the bench was enough to give Serbia a 3-2 win over a gallant Irish side in the opening World Cup Qualifying game in Belgrade.

Ireland’s Qatar 2022 qualifying campaign began with a defeat in an entertaining game which saw Serbia come from behind to take the three points.

It’s a defeat that will do little to lift the pressure on Stephen Kenny who awaits his first win as manager, despite his patched up team giving a very good account of themselves.

The Boys in Green started the game brightly and were the better side throughout the first half. Aaron Connolly and Callum Robinson pressed with zest and enthusiasm as Serbia struggled to cope with the away side’s energy.

Ireland’s good start was rewarded in the 18th minute when Alan Browne rose high at the back post to score and complete a lovely team goal which he started.

The Preston midfielder played a beautiful cross-field ball with the outside of his right foot to Enda Stevens on the left feeding Robinson. He stood the ball up to the back post where Browne continued his run and guided a header back across goal and into the corner.

The goal famine was over after 678 minutes of play.

The home side equalised five minutes before the interval and it was a cheap goal from an Irish point of view. It came from a flick on from Dusan Tadic that allowed Vlahovic to get in behind Dara O’Shea and he pulled the shot back across goal into the far corner giving Mark Travers no chance.

Serbia ended the half the strongest, Djuricic had a chance deflected wide before Travers pulled off a crucial save to deny the Sassuolo midfielder again. Tadic, who was outstanding on the night, almost caught out Travers from a corner but his effort hit the side netting.

Both sides had penalty claims turned down by the Italian referee. Connolly appeared to be taken out of it by Milenkovic but the referee signalled for a corner. The much maligned VAR would have made for interesting viewing if it was in operation.

With the game level at 1-1 Aleksandar Mitrovic was introduced to the action and within six minutes he put the home side in front. Travers was caught out of position and the Fulham striker capitalised with a brilliant lob from 25 yards.

The Maynooth native looked nervy throughout and his error just added to a long list of bad luck for Kenny throughout his first nine games in charge.

Serbia doubled their lead on 75 minutes when Tadic chipped the ball into the box and Aleksandar Mitrovic’s looping header was enough to beat Travers who should have done better for both goals in truth.

James Collins gave Ireland hope of salvaging an unlikely point with a goal four minutes from the end of the 90 after the patron saint of lost causes Shane Long chased down a loose header from Stefan Mitrovic before squaring the ball to Collins who tapped home to set up a grandstand finish.

That grandstand finish did not materialise as a visibly jaded Ireland were unable to muster up another chance not helped by poor deliveries from James McClean and Robbie Brady.

In the end it was a glorious defeat by virtue of the good attacking play on show rather than a passive away performance.

However, it is an extremely damaging result for Ireland who are already up against it after the opening round of fixtures. An eight-game group leaves little time for recovery particularly without a plucky fourth seeded side (Georgia for example) that is often seen in a six team group.