Duffy and Hendrick out, Molumby and Cullen in as Stephen Kenny backs youth for Belgrade test 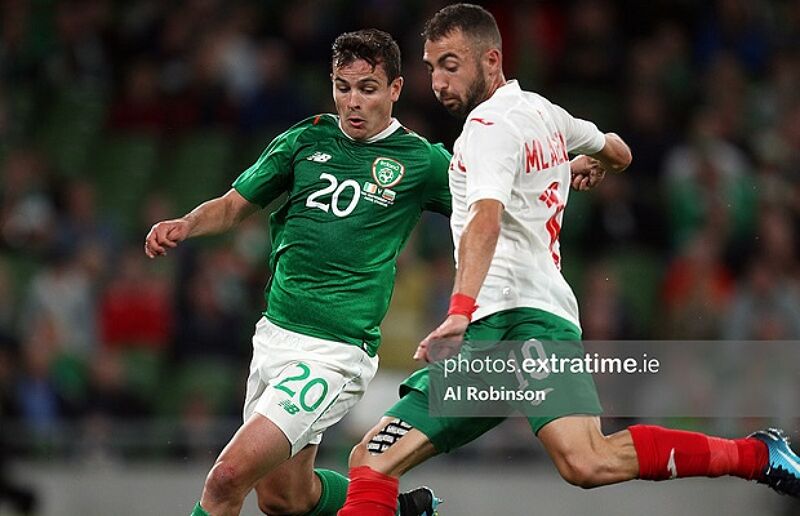 Stephen Kenny has handed first competitive starts to Mark Travers and Josh Cullen as he rang the changes for Ireland’s World Cup qualifying opener against Serbia in Belgrade.

The manager, seeking his first win since taking over last April, made the bold move of dropping vice-captain Shane Duffy, Jeff Hendrick and Robbie Brady from the starting line-up.

That means a new-look midfield anchored by Anderlecht’s Josh Cullen, with Preston North End pair Jayson Molumby and Alan Browne in front of him.

Dara O’Shea’s consistent form with West Brom in the Premier League has earned him the nod over the experienced Duffy alongside Ciaran Clark, who replaces the injured John Egan.

Seamus Coleman makes his first appearance under the former Dundalk boss as the third in a back three, with Matt Doherty and Enda Stevens the wing-backs.

The skipper will play in the same team as Matt Doherty for the first time since Mick McCarthy’s first game in charge, a narrow 1-0 win over Gibraltar in 2019, after which the experiment was ended.

Doherty will join West Brom’s Callum Robinson and Brighton & Hove Albion’s Aaron Connolly, who is nursing a rib injury, in the front line. Kick-off is 7.45pm and it’s live on RTÉ 2.