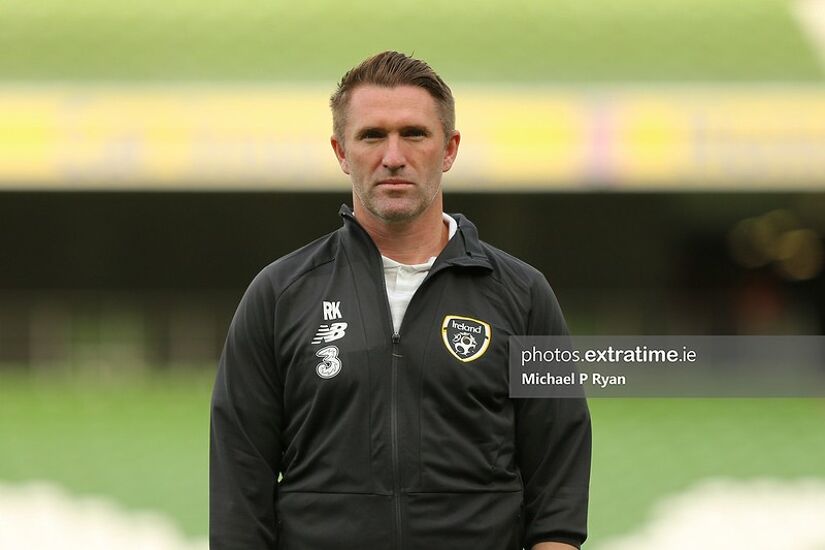 The stands of Gillette Stadium are quiet.

In the autumn, over 65,000 people would flock here from all across the world to see the New England Patriots, one of the most successful teams in the history of American Football, play.

The stadium is the center piece of a twenty year dynasty, created by Bill Belichick, the coach who brought six Super Bowl titles to New England.

Today, in the hazy heat of March, the stands are empty as the goal posts are taken down and changed for soccer. The Patriots season is over, it ended in December, and another team, led by their own legend, are moving in.

New England Revolution, who are currently deep into their preseason training program, were founded in 1994 and are coached by Bruce Arena, one of the most influential and successful coaches in American soccer.

The 69-year-old, who was born and raised in Brooklyn in New York, has won every trophy there is to be won in North American soccer. Through spells at DC United, LA Galaxy, and the United States men’s national team, Arena won five MLS Open Cups, a COCACAF Champions League title, and three CONCACAF Gold Cups. He also masterminded the United States run to the quarter finals of the 2002 World Cup, a watershed moment for football in the country.

He is the ‘Alex Ferguson of America’ according Robbie Keane, who won three MLS Cups with Arena at LA Galaxy.

Keane is not the only footballer from Ireland to work with the legendary American coach. Arena has deep rooted ties to Irish football, stretching from the national team to the Munster Senior League First Division.

John Caulfield, the American born striker who won a clean sweep of domestic honours with Cork City from 2014 to 2019, credits Arena as a guiding light to him early in his managerial career.

“The most interesting manager I have come across is Bruce Arena,” he said in an interview in 2020.

“He managed the United States for over ten years. He also coached Robbie Keane and David Beckham at LA Galaxy. Everything he said was fascinating. When he was asked about building a system and choosing a formation, he said that he builds his team around a key player. He mentioned Beckham and how he built the team around him in a way that would optimise his ability. He said there is no point in having superstars if you can’t use them to their full potential.”

“I experimented more after hearing that. When I arrived at UCC I was really able to experiment. I experimented with a 4-4-2 and a 4-3-3. I really mixed things up there.”

The blueprint sparked a footballing revolution on the banks of the River Lee. In 2011 the college beat NUIG 1-0 to win the Collingwood Cup. One year later, UCC won the Munster Senior League First Division for the first time in their history. Midway through the 2013/14 Premier Division season, Caulfield left to take over Cork City in the League of Ireland, and the UCC team that he built went on to win the title.

That class graduated into top management jobs with the FAI and into head coach positions in the League of Ireland.

Nineteen years ago, in the midst of the World Cup, Arena was described as ‘a minor American sporting hero’ by The Irish Times. They said ‘If soccer ever gets big in the States, people will quote Arena-isms,’ following the United States 1-0 defeat to Germany in the quarter finals.

Sixteen years later, Major League Soccer is one of the best attended football leagues in the world. The average attendance of 21,358 from 2013-18 ranks No. 8 in the world, trailing Ligue 1 in France (21,556) and Italy’s Serie A (22,967). In 2021, world famous players such as Sergiño Dest, Weston McKennie, and Christian Pulisic all play for the United States.

Arena’s role in shaping football in the United States is undisputed. The ‘Arena-isms’ have crafted a potential global super power, which is set to host and challenge for the 2026 World Cup.

When football historians chart the rise of the United States as a global football super power, it will be littered with ‘Arena-isms’. The same words, will also be found across the Atlantic under the tricolour.