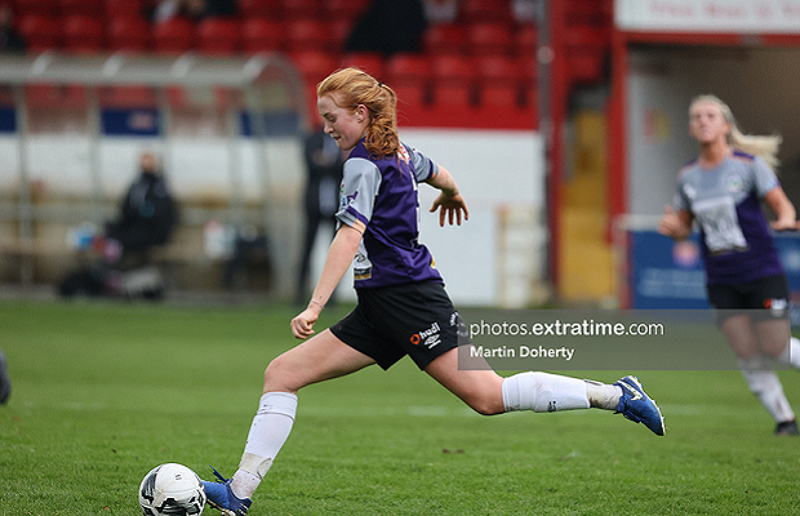 Republic of Ireland Under 17 international Shauna Brennan has re-signed with Galway WFC ahead of the new Women’s National League season, with Elle O’Flaherty and Aoife Walsh also returning for 2021.

Brennan made her WNL senior debut last season for Billy Clery’s side having been part of the Galway Under 17 side that won the League and Cup double in 2019.

The 17 year old was also the only Galway player to be named on the WNL Team of the Year at the conclusion of the 2020 season.

O’Flaherty is entering her eighth season with the West of Ireland club having made her debut during the 2014 WNL season.

The midfielder had previously played for local sides West United and Salthill Devon.

Walsh brings more experience to Billy Clery’s squad with the defender signing on for her ninth campaign with the Galway Girls.

The 23 year old originally signed for Galway in 2013 after departing Salthill Devon.