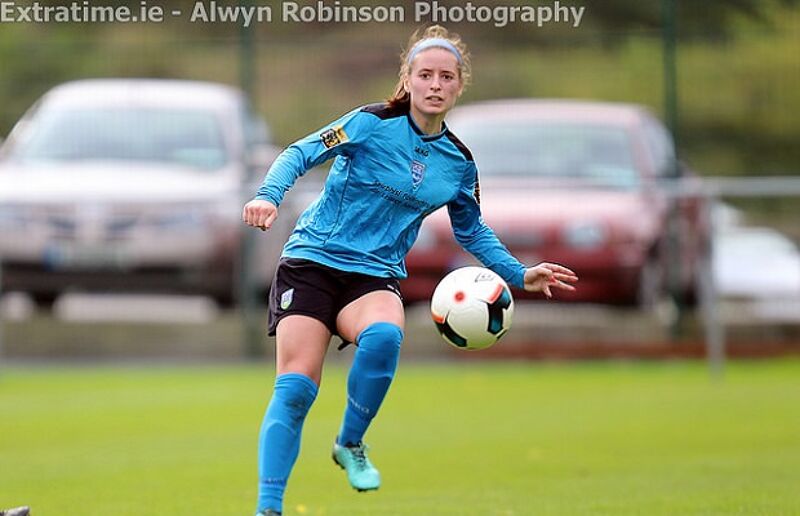 Chloe Mustaki, pictured playing for UCD Waves, has returned for a second spell after a stint in London with Charlton. Credit: Al Robinson (ETPhotos)

Former Bordeaux and Charlton Athletic midfielder Chloe Mustaki has signed for Shelbourne ahead of the 2021 Women’s National League season.

Mustaki is entering her second spell at Tolka Park having spent the 2019 season with Shelbourne after making the move from DLR Waves.

She moved to England to play for Charlton after the 2019 season where she made 8 appearances for the club.

The 25 year old has been capped up to Under 19 level with the Republic of Ireland and has also received a number of call ups to the senior squad in recent years.

Baynes is a former Republic of Ireland Under 19 international and the defender spent four seasons with Galway making her debut in 2016.

One year to the day since I ruptured my ACL, coincidental timing for the below announcement!
Delighted to be signing back with this great club, and I look forward to joining the girls in training in a few weeks
Thanks @CAFCWomen for everything, I’ll be following closely https://t.co/RPdB5tjytA