Stephen O'Donnell: 'It’s obvious for everyone to see our goalscoring record was something we needed to improve on going into this season' 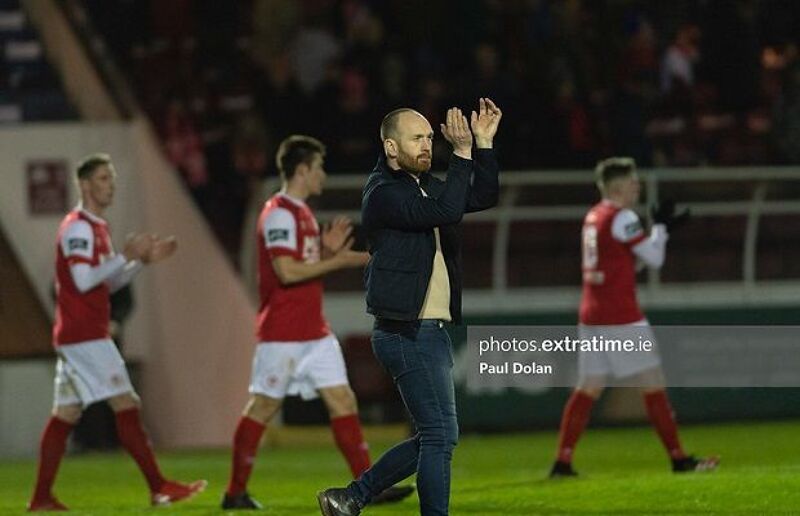 One of the areas O’Donnell is keen to improve on in the 2021 season is goalscoring and he is hopeful that new signings Ronan Coughlan and Matty Smith can add firepower to his side who were the third lowest scorers in the Premier Division last season with just 14 goals in 18 games.

“It’s obvious for everyone to see our goalscoring record was something we needed to improve on going into this season,” the Saints boss said.

“Ronan is a lot more than a goal scorer. He brings a lot more different functions of our attacking play into his game that will benefit us.

“It won’t be totally up to Ronan you’ve players like Matty Smith etc.”

O’Donnell is hopeful of the goalscoring problem being solved throughout the team to ease the burden on the frontmen.

“We’re also looking to get more goals from our midfield areas and our wide areas too” he said.

While the 2020 season was disappointing for the Richmond Park side, O’Donnell feels that his charges were beginning to show their quality towards the end and that they will have a better chance to put a run of form together during a full season in 2021.

“I thought the last six or seven games of the league campaign (last year) without getting the points we merited we were getting into a rhythm.

“I did think there was real signs of progress as the season went on, I would have liked the season to go on another 18 games,” he explained.

Pats added five-time league winner John Mountney to their ranks over the winter and O’Donnell feels the 28-year-old will bring much needed experience to his young squad this season.

“He knows what it’s like (to win), we have a very young group as well, he’s going to instil a lot of his knowledge of the game and what to expect for our younger boys,” said Mountney’s former Dundalk teammate.

Part of the young squad in Inchicore is 19-year-old Vitezslav Jaros who has joined on loan from Liverpool.

The Czech Republic under-18 international comes in as first choice for the Athletic and O’Donnell has been impressed with the teenager’s quality so far.

“Everyone’s been impressed in training, he’s a very good size, technically very good and ticks a lot of boxes to be a very good goalkeeper.”

Pats open their League campaign away to Champions Shamrock Rovers on March 19th, the game will be broadcast live on RTE2 with kick off at 7.45pm.

Manguard Plus have extended and increased their sponsorship of St Patrick’s Athletic for the 2021 season to again include the main stand at Richmond Park, back-of-shirt sponsor on both home and away jerseys & now our St Patrick’s Athletic Academy jerseys for the first time too. Manguard Plus is one of Ireland’s leading private security service providers, offering clients professional solutions to their security needs, more information on www.manguardplus.ie