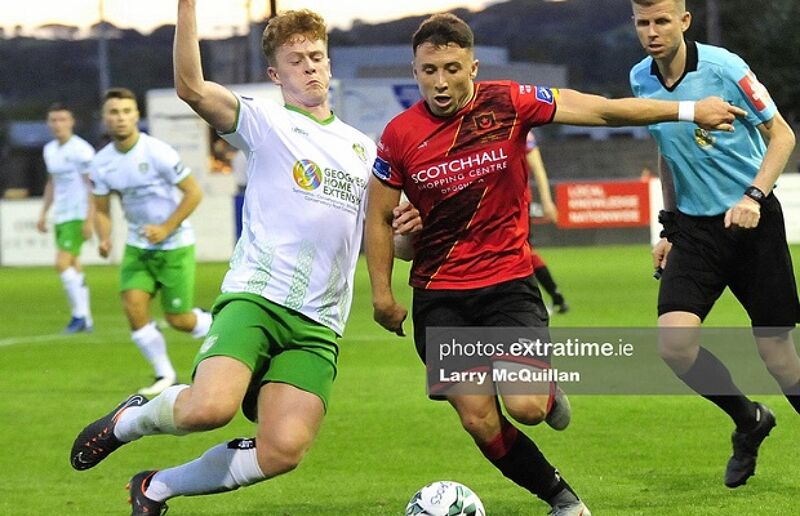 First Division Cabinteely have confirmed that Jack Hudson, Luke Clucas and Keith Dalton have all re-signed for the club ahead of the 2021 season.

Hudson and Clucas have both come up through the club’s underage set-up, while Dalton is heading into his fourth consecutive year at the club.

Central defender Hudson struggled for game time last season with injury – but he is back with the Green and White’s for his fifth year of senior football with the club.

He has made 32 appearances for Cabo since making his senior debut 2017.

Also re-signing is forward Luke Clucas who is also heading into his fourth season with the first team.

Clucas has played 60 times for Cabo since his debut in 2018 and has found the net on eight occasions.

Dalton also re-signs having made 68 appearances for the club since joining from top-flight side Bohemians.

The winger has scored 7 goals for the club since joining Pat Devlin’s charges in 2018.

Keith Dalton has been on to clarify he he seven goals for the club. Happy to clarify. pic.twitter.com/MFMsKNiWiR