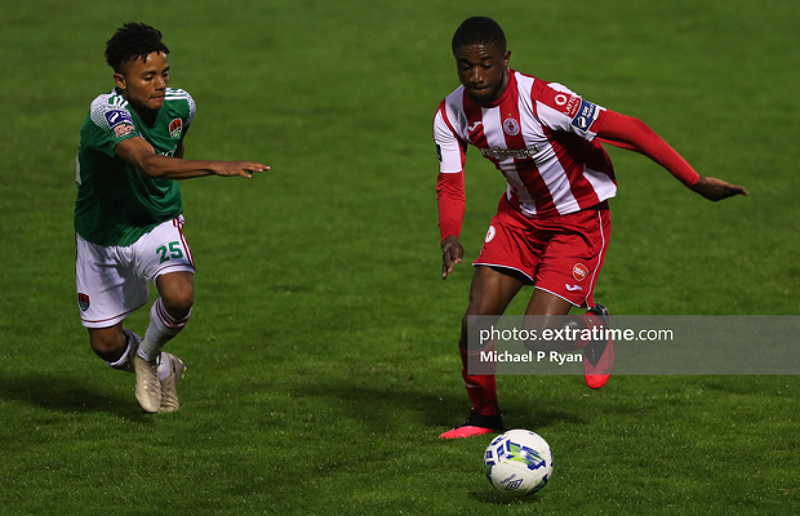 Junior Ogedi-Uzokwe has signed for Dundalk FC for the 2021 League of Ireland season, the club has announced.

The 26-year-old was top scorer in the 2019 Premier Division with Derry City and last season he spent time at Sligo Rovers helping the Bit O’Red climb from the foot of the table to finish fourth and qualify for this season’s UEFA Europa Conference League.

“It’s a league that I know and there will be no surprises but this is a new challenge for me and every club has different expectations and pressures,” he told the club’s media team.

“Dundalk is a very ambitious club and the aim is to keep winning and achieving more in Europe. If you hear that a club like that is interested in you, then it’s really exciting and I’m delighted to be here.

“I think I played against Dundalk six times when I was at Derry and each game was very tough so it’s good to be on the other side now.”.

The club confirmed that the forward has started training with the squad ahead of their President’s Cup clash with Shamrock Rovers on March 19th.

“I trained with the boys on Tuesday,” the striker said.

“It was a good session and I enjoyed every bit of it. The plan now is to get to know the boys more and see how they play and for them to get to know my strengths.

After the curtain raiser on March 19th, the Lilywhites will open their 2021 Premier Division campaign on March 26th with a trip to the Showgrounds to face Sligo Rovers.