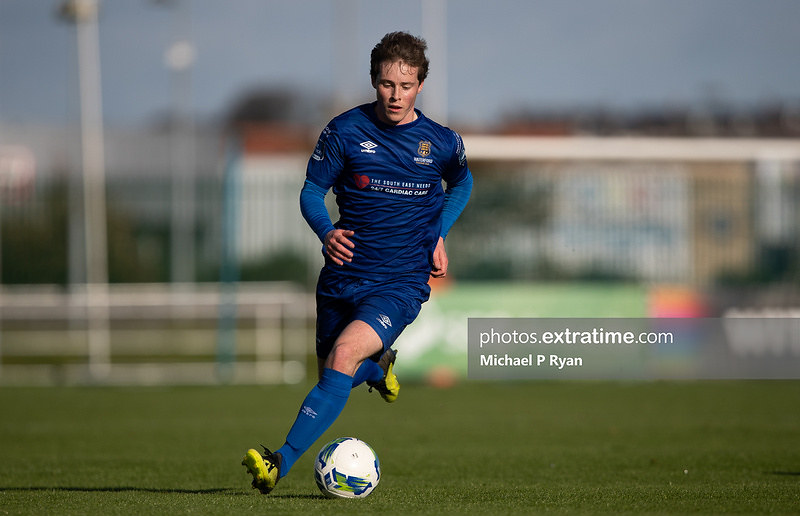 Derry City have announced the signings of Will Patching, William Fitzgerald and Marc Walsh.

Patching joins the Candystripes on an initial season long loan deal from Dundalk with the option of a permanent deal.

The 22-year old moves to the Brandywell having made nine appearances for Dundalk in a stop-start spell since joining at the end of 2019.

The midfielder came through the Manchester City youth academy before making the move to Notts County and was also capped by England at under- 16, 17 and 18 level.

Derry City manager Declan Devine was pleased to have brought Patching to the Brandywell.

“We’ve been looking to add creativity to our midfield over the winter and Will brings that in spades,” he told Derry City’s media team.

“He is a young lad with so much to offer,” he added.

Will Fitzgerald has signed a 12 month contract with the Candystripes.

The 21-year-old joins having most recently played at Waterford.

The attacking midfielder was a part of Stephen Kenny’s Ireland U-21 squad.

Like Patching, Fitzgerald also found opportunities hard to come by in a bizarre year for sport.

Declan Devine was delighted to bring the former Limerick man to the club.

“I’m not the first Derry City manager to try bring Will to the Brandywell, so I’m thrilled we’ve got our man.”

“He’s only 21 but he has already played more than 50 games in the League of Ireland which tells you something.”

Devine added: “Will has been fantastic in training and has settled in very quickly.”

Also joining the Derry men is Marc Walsh with the 19 year old signing a 12 month deal with the club.

Walsh arrives back into the island after being on the books of Swansea since 2017, a club he joined from Finn Harps.

Devine has seen Walsh in action before and is delighted to have fought off interest for his signature.

"I know Marc through the Republic of Ireland underage set-up and know what a talent he is. He attracted the attention of Bournemouth while at Swansea but unfortunately he picked up an injury while on trial.

“Marc brings a real dynamic to the squad and as with the other signings we have announced today, is a perfect fit for this club.

“I am delighted with the business we have completed and we are now fully focused on the league start next month.”