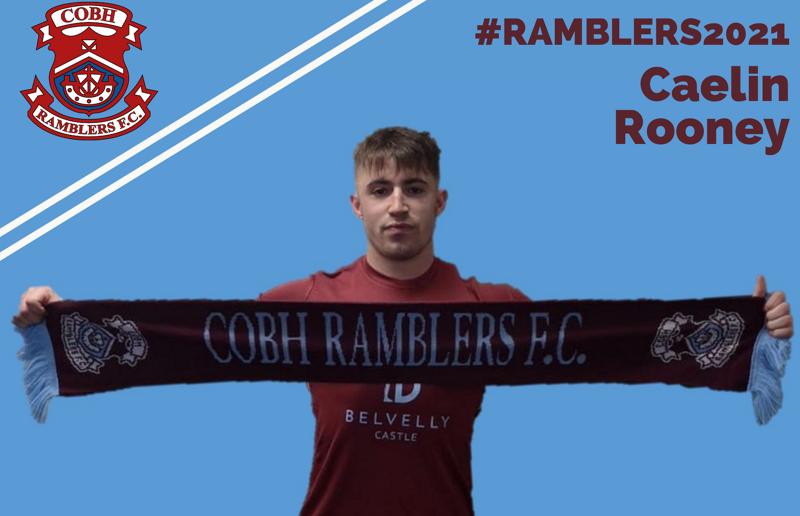 Caelin Rooney is the latest addition to the Cobh squad ahead of the new season. Credit: Cobh Ramblers

Cobh Ramblers have continued their host of recent signing announcments by unveiling the capture of Caelin Rooney.

Most recently of Munster Senior League side Youghal United, Rooney has also played for Waterfod and Ipswich.

The former under 15 Irish youth international was delighted to sign on the dotted line ahed of the First Division season getting underway at the end of March.

“I’m delighted to get back into League of Ireland football again, and to sign with Ramblers. I’ve really enjoyed my time so far during the past few weeks and it seems like a great club.“