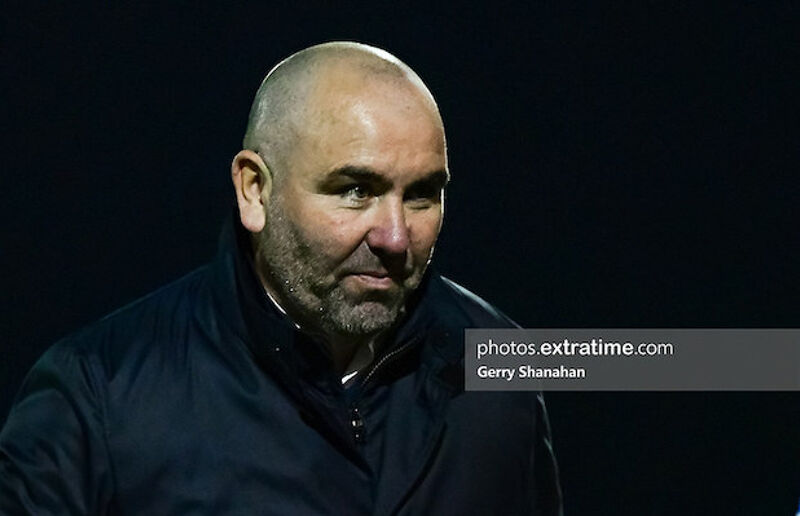 UCD manager Andy Myler is looking forward to getting his team out on field this weekend for his side's first pre-season friendly when they take on Longford Town ahead of the start of the First Division in mid-March.

The League of Ireland and WNL will return to competitive action next month but it remains to be seen when gaelic games will return following last week’s government decision to withdraw the exemption for the GAA to play during the Level 5 lockdown.

“The word ‘elite’ is getting bandied about and it is probably not the best word,” said Myler when asked about football returning while the GAA remains shutdown. “There are lots of sport where amateur level is the highest level you can play and you are elite if you are at that level.

“There is distinction is between professional and amateur sport. I can understand the arguments from intercounty GAA teams. It makes sense at that level, you’d expect them to have comparable setups to League of Ireland clubs.

“Should they be back at the same time as us? Probably for intercounty teams. I certainly don’t think that professional sports were looking to come back at the expense of elite amateur sport.”

COVID restrictions have shutdown most of the activity on the UCD campus but football has provided an outlet for the players in Myler’s squad – all of whom are studying in UCD with some living on campus.

“Last season most of the guys playing in the league felt privileged to be able to play football during COVID. We were able to get on with our normal football lives with some changes whilst everyone was locked down.

"Our lads were losing out on so much of the college experience but the football experience was somewhat the same. That brought our lads together.”

Myler is thankful for the facilities that are available to his squad. “Most of pre-season has been outside and we maximise that just to de-risk it as much as you can. We are lucky in UCD in that we have great gym facilities but they can only use it on an individual basis, nothing collective.

“We aren’t complaining as there are plenty of clubs who wouldn’t have the access to facilities like we have. It isn’t ideal and there a bits that everyone misses out from the training programme but you just get on with it.”

Longford Town are UCD’s friendly opponent this weekend. The two sides met in the play-offs last year but it was Longford who prevailed and went on to earn promotion to the Premier Division.

“The playoff was a bonus for us as at the start of the year we weren’t sure as to how it would go. We finished third and if the league had kept going [if there was no COVID] we wouldn’t have finished any lower than third the way were going at the end of the season.

“Overall we were fairly happy where we ended from where we started as when we came in last year there had been so much change to the squad. It was like what happens all the time with UCD, the spine of the squad had moved on and we had to rebuild.

“We had a tight small squad but we had them moving the way we wanted. They had a couple of harsh results in the Premier Division the year before which sticks in the collective psyche with some of the lads so we had to do a bit of work.

“It was a bit of a killer in the playoff [against Longford] having played quite well and we got ourselves into winning positions twice. But that bit of inexperience did us in at the end. But we got hope when we saw Longford go up. It gives the lads encouragement for this year.”

The final makeup of the First Division is still to be confirmed. Treaty United, Dublin County FC and Shamrock Rovers II are all seeking the tenth spot in the division – although a 12 team league is still a possibility.

Outside of Tallaght, there is plenty of opposition to a Rovers B team returning to the league again this season but Myler doesn’t have an issue with a second Hoops team in the league.

“I didn’t have any problems at the start of last year,” said Myler who began his managerial career at Shamrock Rovers where he won the 2009 A Championship and 2010 under-20 title.

“There was lots of noise about it and it went away when we got into the games. There was a gap in the First Division and Rovers had a second team that met the licence criteria. In the end they didn’t come last and they were competitive.

"With any B team, the argument is around the regulations of who can play and I understand that. If you had situation where at times of the year, teams were playing a much stronger team, that is the argument but once the rules are in place to ensure fair play, I don’t have any issue with it.”