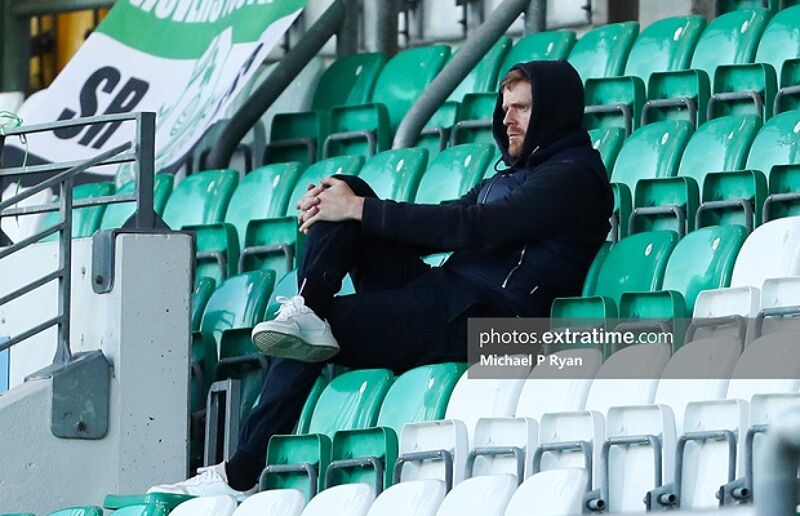 Duff had previously expressed his displeasure at the manner in which the details of a motivational video shown to the Irish team ahead of the November friendly with England was leaked to the press. Credit: Michael P Ryan (ETPhotos)

Damien Duff admits he would have been ‘unhappy’ with himself had he stayed in his role as Republic of Ireland coach.

The Dubliner stepped down from his role on Stephen Kenny’s staff last month but declined to make a statement on his reasons for doing so.

Duff had previously expressed his displeasure at the manner in which the details of a motivational video shown to the Irish team ahead of the November friendly with England was leaked to the press.

The FAI announced an ‘urgent’ investigation into the matter and, though they found no evidence of wrongdoing, the association was widely criticised for escalating the situation further.

Goalkeeping coach Alan Kelly also stepped down his from his position in January after sitting out the final UEFA Nations League games due to Covid-19 concerns.

"I felt strongly about things and I would have been unhappy with myself if I'd stayed," he said when pressed ahead of RTÉ’s coverage of the RB Leipzig and Liverpool Champions League tie.

"I don't really have a lot to say on the matter, I know I made the right decision, not one day has passed where I have regretted it.

"I know it's not ideal for the manager but at the same time I guess it's a chance for him to bring in a better coach than me.

“He has done ok on the goalkeeping side already, he has brought in Dean Kiely, a great guy who will bring a great energy to the side, a top coach who is coaching at the top level in the Premier League every week.”

The 41-year-old admitted that he lost focus during his time with the national team but appreciated the honour of the opportunity he left behind.

100-times-capped Duff says he will continue to devote himself to working with underage players – he is currently the manager of Shelbourne’s under-17s.

"The only person that's lost out is me by walking away, you are soon forgotten. Staff and players, I am sure they don't have a problem with it and it's water under the bridge.

"I have given up because I walked away, the chance to represent my country which is a massive, massive honour, the chance to coach elite players, which doesn't come around very often.

“I lost a lot of focus which a lot of ex-players will tell you you need in your life. I know football people want to know but I just want to keep it private.

“People will say I have let my country down. I let nobody down.

"All I have ever done since I wore the Irish shirt from under-14, under-15 is dedicate myself to Irish football and I will never let my country down.

“I will continue to work for Irish football, in a different way."