Former Cork City player Admir Softic: As a footballer, I was disappointed how the new coach handled the situation 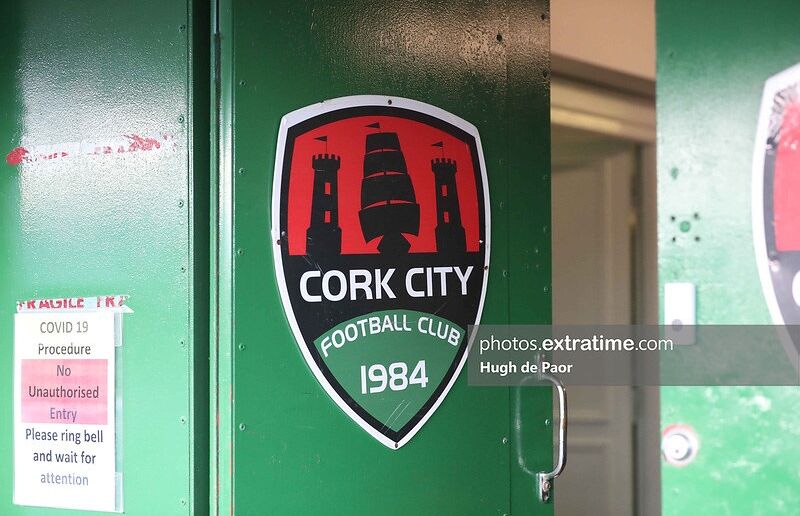 The door was slammed shut on Admir Softic's return to City due to a FIFA rule. Credit: Hugh de Paor (ETPhotos)

Leaving behind his native Bosnia and Herzegovina for Ireland, Admir Softic's introduction to a new way of life was made easier by football.

A breakthrough into a talented Cork City squad and Irish citizenship led to an EU passport, allowing for a later career in Europe.

“After the mid-to-late 90s, Bosnia was recovering from war. My parents decided that it was best for me and my sister to get an education somewhere there was a clear path and the future was a bit brighter, as opposed to home.

"I didn't know much about Ireland, the lifestyle and how we should adapt, but tried to make the best out of the situation.

"At the beginning, the language barrier was difficult and really tough to get going, but football helped me a lot to integrate into the community … That was a big plus for me.”

Performances in the youth team earned the then 17 year-old midfielder a full-time contract. European appearances and being part of the 2007 FAI Cup-winning squad followed, but when new manager Alan Mathews arrived the subsequent season, a solitary League Cup game resulted in a summer transfer request.

“As a footballer, I was disappointed how the new coach handled the situation. I know he was trying to force a move onto me.

"When he came, he wanted me to go on loan and not be a part of the squad. I think those circumstances were not dealt with professionally on his part.

"When you look at the squad at the time, it was quite strong, but I felt that with time given, I could contribute.

"Every training session and game at the weekend, I wasn't even considered, so very disappointed with how it ended. It left a bitter edge over the years because before that I had some great moments with Cork City and got along with all the coaching staff.

"I played a role and thought I could go on for a few more years.”

Reluctantly departing Leeside in 2008, the Bosnian returned home to sign for one of the country's biggest clubs, FK Zeljeznicar Sarajevo.

Unfortunately, a broken ankle in two places within the first month, left him sidelined for five more.

“That was very frustrating. Every plan in my head and how I should go and take the next steps were curtailed by this injury.

"I had to reset again, as it was very hard on me after leaving Cork City, which left a sour note.

"Football had other plans, so I made some decisions that were maybe not too clever, which was a really tough time and not easy for me.”

The following year, Admir turned out for Danish outfit Kolding IF, but after a handful of appearances looked to rejoin Cork City in early 2010.

However, hopes were scuppered by a FIFA regulation known only too well by the Turner's Cross faithful.

“I played in Denmark, in the second league. The contract in Denmark expired and I was looking to come back to Cork City. They were starting anew with FORAS and the club was restructuring in the First Division.

"There was a real opportunity to return, as they didn't have a full squad to choose from. I'd just moved back to Cork and wanted to join. We'd agreed terms and Tommy Dunne wanted to have me in the team.

"I was supposed to start that first game up in Derry, but with the Irish league being a summer one, the problem was I was already after playing in Bosnia and Denmark within 12 months.

"It was the same rule that prevented Colin Healy and Gareth Farrelly from playing for Cork City. That meant I couldn't sign until July, so there was no point in me training with a part-time club until summer, not knowing if they were going to be financially sound by then.

"It didn't happen at that time and I was disappointed, as it wasn't meant to be because of the three-club rule. It's really ridiculous to impose this on players for playing in different leagues.”

Reappearing in Bosnia with NK SASK Napredak in 2010, Softic also went on to play for German clubs SV Wilhelmshaven and TuS Koblenz, the latter of which he presently enjoys dual positions, but with a clear strategy for his immediate future: “I just finished playing in March last year. I was a player/coach for a few years before that.

"When I finished playing, I became assistant manager full-time and took on the Director of Sport role, where I'm recruiting and scouting players for the club. I've now learned about the other side of the football world.

"Currently, we've had a bigger break than usual because the lower-league German clubs are not allowed to play and we are in lockdown. In the last 14 weeks we've had no games in our league.

"There's some plans in March or April to play and bring the season to an end. There's been a lot of soul searching in the last few months and planning for the next season … If it's going to go ahead or stop again.

"I'm going to fulfill my role as assistant manager for the first team until the end of the season, at the end of June. Then I plan to coach one of the underage teams because I want to go back to the youth side of things.

"I'm doing my coaching licence at the moment, so I'm just going to concentrate a bit more on the youth set-up, giving me more time to be serious about coaching on my own.”