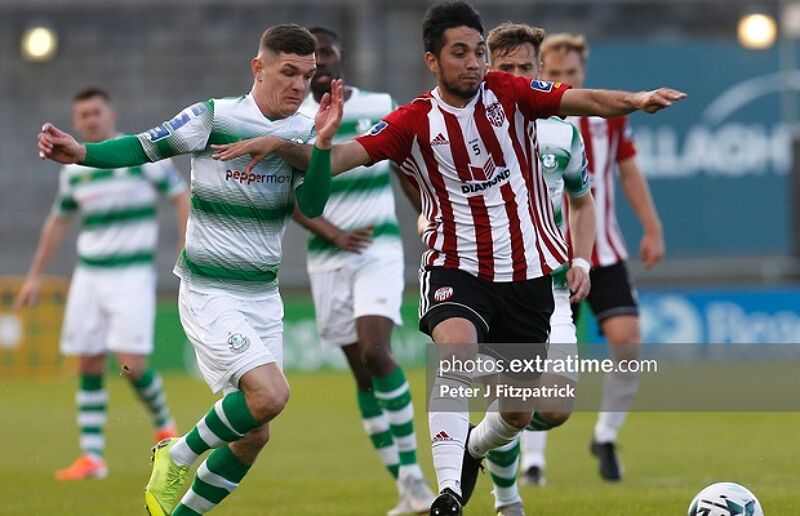 Bruna joins the Reds after spending the previous two campaigns with the Candystripes – where he made 33 league appearances for the club.

The 29-year-old Argentinian has also previously played for Blackpool in the Championship, and also with Ottawa Fury across the Atlantic.

He follows Ally Gilchrist in joining Shels from Derry.

“Shelbourne is a massive club, and I am excited to have a big year ahead,” Bruna told Shels’ 1895 Podcast.

“When I received the call, one of the first things I remembered was the Shels fans at the beginning of last year, and I thought, wow – they’ve got great fans.

“Ian Morris is a young fresh coach and modern with good ideas. He said he wanted to play attractive football and that was something that stuck with me.

“That’s the type of football that I like so hopefully I can help put that into the pitch,” he added.

Shelbourne boss Ian Morris added: “It’s great to finally have Gerardo over the line. He has a fantastic pedigree that will add experience and quality to the squad.

“The competition for places is really strong all across the board.”