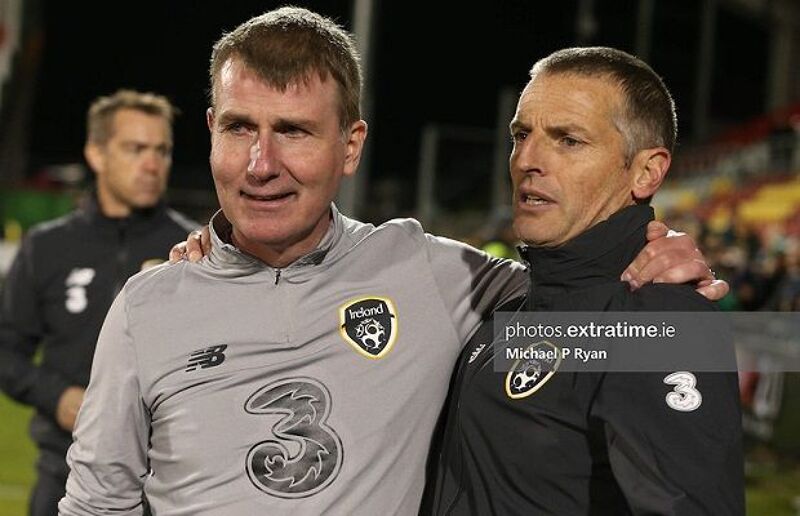 Jim Crawford began the 2021 campaign as Stephen Kenny's assistant before the latter stepped up to the senior job in April 2020. Credit: Michael P Ryan (ETPhotos)

The Republic of Ireland have been drawn alongside Italy and Sweden for the second successive campaign as the qualifying groups for the 2023 European Under-21 Champions were confirmed.

Jim Crawford’s side will also face Bosnia and Herzegovina, Montenegro and another repeat opponent from the last campaign, Luxembourg, for a place in the finals co-hosted by Romania and Georgia.

53 clubs were drawn into eight groups of six teams and one of five with 14 spots available alongside the dual-hosts.

Group winners from each group will be joined by the best-placed runner-up, while the remaining eight teams will play off for the final four spots.

Ireland missed out on a spot at the 2021 finals in Hungary and Slovenia following disappointing defeats home and away to Iceland, and away to Italy, both of whom progressed.

Top seeds Italy and second seeds Sweden represent the stiffest threat in the group, though Crawford can be buoyed by victories home and away to the latter in the last campaign.

Bosnia and Herzegovina are also familiar opponents for the 2000 and 2001 player groups, Irelabd having twice beaten the Balkan nation at under-17 European Championships finals in 2007 and 2008.

Ireland also faced the Bosnians in elite qualifying for the 2019 European Under-19 Champions, when Tom Mohan’s side qualified with a flawless record.