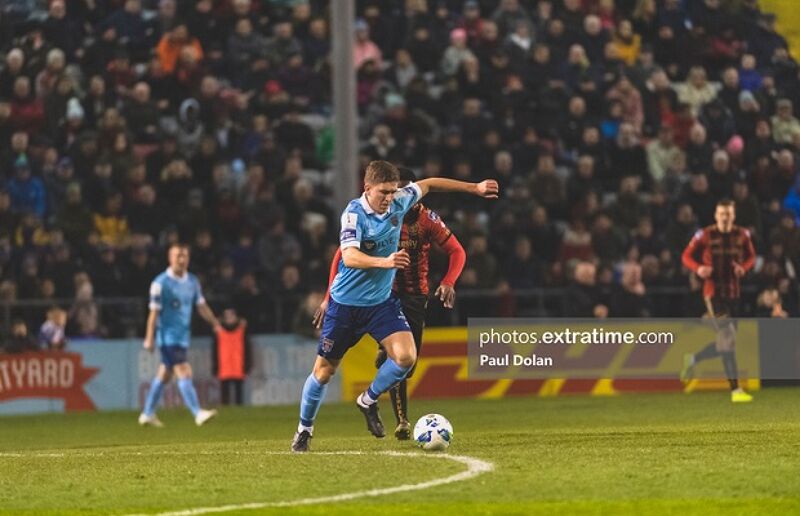 Oscar Brennan hopes that Covid-19 testing will be brought into League of Ireland ahead of the start of the 2021 season.

After a sponsor was unveiled for the league last week, attention has already turned to ensuring the safety of players ahead of the 2021 season which is due to begin on March 19th.

The Irish FA, in conjunction with the Northern Irish Football League (NIFL), have introduced testing for the next four weeks in the Danske Bank Premiership.

This was brought in to ensure the resumption of their league following a two-week shutdown earlier this month.

Brennan admits – as a result – that he would like to see Covid-19 testing brought into the LOI, as it has been in the NIFL.

“You would like to see Covid testing brought in just for your own comfort,” the former Bohemians and Shelbourne midfielder says.

“The majority of players are living with people who might be high-risk etc and I think the gravity of the situation that we are now in is worse than we were in last year.

“The recent rise in cases has probably drove home the message that it isn't safe to be leaving for a setting where there's twenty plus people involved.

"I know there's no dressing rooms and its largely outside but just from a comfort point of view it would be good (to bring in testing).

“And it would be good for the continuation of the league rather than having disruptions with outbreaks within squads. The issue is obviously financial - as to who is bankrolling it - but as a player the more than can be done the better really.”

Brennan added: “(Testing in the NIFL) has definitely brought pressure onto the FAI. Optically it wouldn’t look great if the IFA and the NIFL are doing it and we’re not.

“It definitely puts pressure on the FAI to come up with some sort of plan. I believe it's just a trail run up north for a couple of weeks but I presume the FAI will be watching closely to see how it goes.

"I'm not sure who is bankrolling the testing (up north) but I'm sure it does put a bit of pressure on the FAI.”

The 24-year-old spent the 2020 campaign with Shelbourne, and as football made its return from July to November, he admits he never felt unsafe during that time.

“I never felt unsafe,” he says. “The contact time was actually very low when it came to football.

“I felt safe while taking it seriously. But since the turn of Christmas, it has really ramped up and I think the mood has changed to be honest.”

He finishes: “I think everyone is just waiting to see what the plan is. The first step was getting the sponsor in place which was done last week and then putting out a fixture list – which will hopefully come out this week.

“I’m sure those conversations are happening between the PFAI and FAI in terms of player welfare. But it would be at the top of the agenda on PFAI’s list in regard to player safety and that’s the most important thing - player safety.”