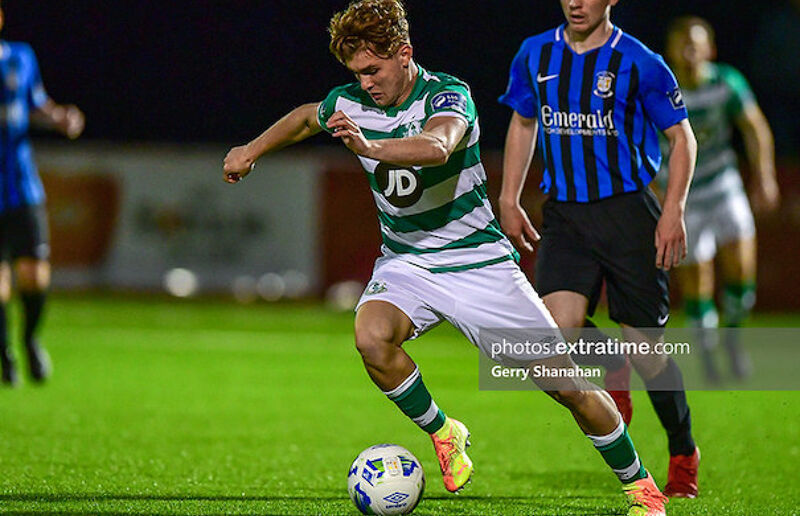 Shamrock Rovers teenager Kevin Zefi is set to sign for Italian Serie A side Inter Milan.

According to reports in the Irish Independent, Zefi is due to complete the move in the next month.

He made eight appearances off the bench for the Hoops First Division team, as well as starting three games.

The Ireland under-15 international scored in the Rovers II home game against Longford Town in September.

That goal made him the youngest ever goalscorer in League of Ireland history as at the age of 15 years and 206 days old he beat the record previously held by Limerick’s Steven McGann in 2010, by almost half a year.

Kevin Zefi became the youngest goalscorer in League of Ireland history with this goal in last night's First Division game against Longford Town.

The Ireland under-15 international, who came in as a second half substitute scored his first goal in senior football. pic.twitter.com/JdYtKASrZZ

As players in Ireland cannot sign a professional contract with a League of Ireland team until they are 16, Rovers won’t receive a transfer fee for Zefi but on completion of the move to Italy would receive compensation as will St. Kevin’s Boys where he previously played his schoolboy football.

Zefi has played with Jason Donohoe’s Ireland under-15 side, where he starred in scoring in the wins over England under-15s and Australia under-17s.