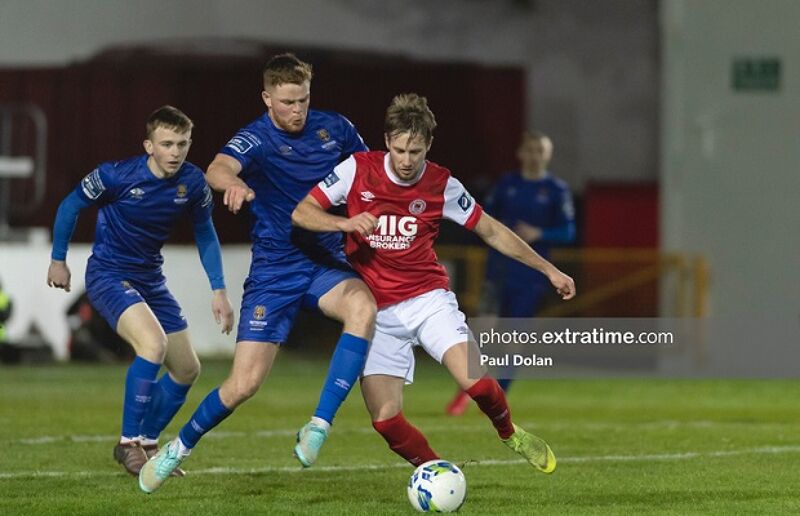 Premier Division St Patrick’s Athletic have unveiled the re-signing of Scottish winger Billy King ahead of the 2021 season.

King re-signs for the Saints having initially joined ahead of the 2020 campaign from Scottish side Morton.

The 26-year-old has also played for Rangers, Hearts, Inverness and Dundee United in Scotland before making the move across the Irish Sea to join the Athletic.

During the 2020 season, King made 14 appearances for Stephen O’Donnell’s charges as they missed out on European football in agonising fashion.

The Edinburgh native scored once for the Saints last term, and he is relishing what will be second year at the club in 2021.

“I’m delighted to have signed back,” King told Pats’ media team. “I loved it (at Pats) last season. It was obviously different having only played four games before Covid hit. “

“Hopefully this season goes smoothly and there’s no stoppages. I felt like we were getting a bit of momentum before games and then we went through patchy spells thereafter because of the stoppage and stuff.

“I’m looking to get off to a good start this season.”

The 26 year old Scotsman has been telling us why he "cant wait to get back at it" after impressing during his first year in red & white pic.twitter.com/xdDXnxIPfX