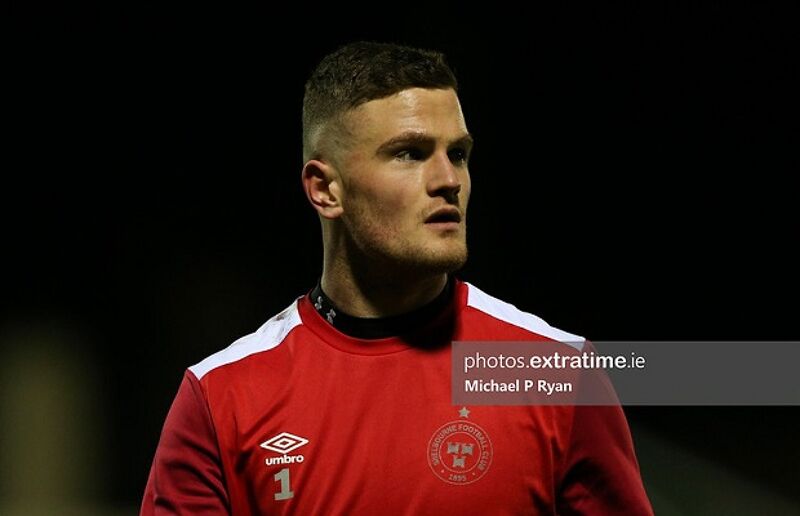 Premier Division side Drogheda United have confirmed the signing of goalkeeper Colin McCabe ahead of the 2021 season.

McCabe joins the Boynesiders after spending the last two years on the spin with Shelbourne.

While at the Reds, McCabe helped the Tolka Park pip Drogheda to the 2019 First Division title.

However, the former Glasgow Celtic starlet departed Shels following their relegation a few months ago – and he has since made the move to recently promoted Drogheda.

“The end of the season, I found myself looking for a club,” McCabe said after signing to Drogheda’s media team.

“I spoke to Tim; I spoke to Kev and I obviously spoke to Bourkie who I had previously worked with at Shelbourne.

“They told me what they wanted to achieve this year and it seemed what I wanted to do as a player as well off the back of Drogheda getting promoted.

“I was used to the environment of Shelbourne getting promoted aswell. It seemed the right move and I’m happy to be at the club.”

The Cavan native is the second goalkeeper in Drogheda’s 2021 squad, alongside David Odumosu.

“First of all, I have to respect David (Odumosu),” McCabe finished. “He had an excellent season last year. The manager has been quite honest with me, to come in and compete.

“Ultimately, whoever plays is going to benefit the team and we’ll try and win as many games as we can this year. I haven’t set myself a target as such, but I just want to come in, put my head down and work really hard.”