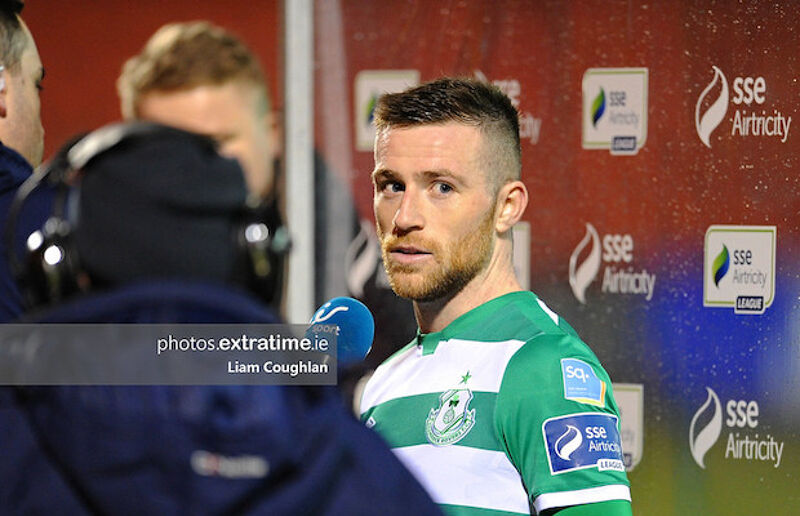 Republic of Ireland international Jack Byrne has joined APOEL Nicosia. His new club confirmed on Monday his contract will run till the end of the 2022/23 season and he will play with squad number 29 (which was the number he had with Shamrock Rovers).

Byrne had announced on social media on New Year’s Day that “with the heaviest of hearts, I would like to announce that I’ve decided to leave Shamrock Rovers and the people I’ve come to love and I do so with a huge lump in my throat.”

Byrne is re-united with his former international manager Mick McCarthy who is now in charge of the Cypriot side. McCarthy brought the 24-year-old midfielder into his Republic of Ireland squad in March 2019 and Byrne made his international debut in the friendly win over Bulgaria.

When Stephen Kenny played the midfielder in last year’s UEFA Nations League game against Wales, Byrne became the first League of Ireland player to play in a competitive game since Shamrock Rovers’ captain Pat Byrne in 1985.

Byrne played 64 competitive games scoring 17 goals from midfield in 2019 and 2020 helping the Hoops secure an FAI Cup in his first season at the club and the league title last year. In Europe he racked up six assists and one goal from six Europa League qualifiers.

He picked up four senior international caps and was named PFAI Player of the Year in the last two seasons as well as picking up four SWAI player of the month awards.