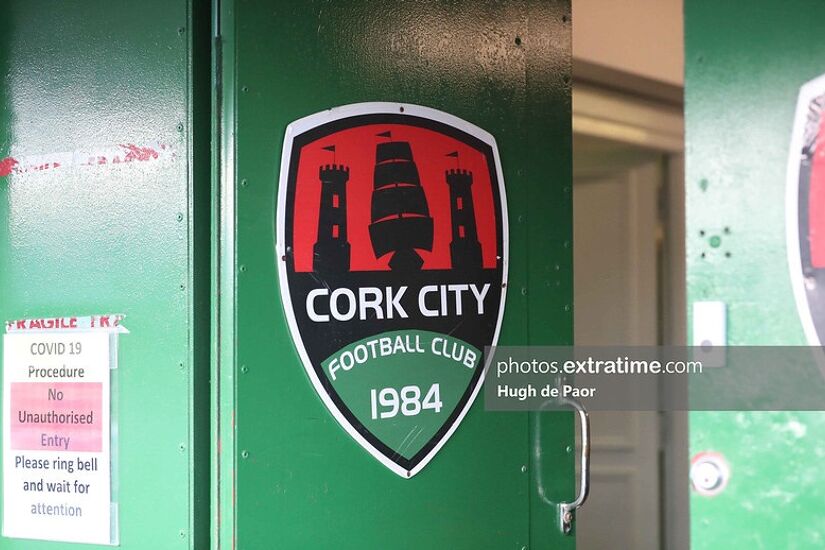 A History of Hurt on the Banks of the Lee

From the moment you set foot inside Turner’s Cross Stadium, you get a feeling that Cork City is no ordinary football club.

Founded in 1984, the Rebel Army were built out of the ashes of Albert Rovers, who were expelled from the League of Ireland after they were unable to pay Manchester City an £8,000 appearance fee for a friendly in 1981. Rovers experience wasn’t unique, as they followed in the footsteps of defunct clubs Fordsons FC, Cork Bohemians, Cork City, Cork United, Cork Celtic, and Cork Hibernian.

This broken history has filtered into a collective dread amongst supporters of football in Cork. As the older generation of fans talk about the day Albert Rovers died, nearly everyone remembers where they were in 2010 when they found out Cork City had been wound up by the High Court.

Despite the club finding salvation through fans group FORAS, there has been a constant remembrance and awareness of history. Three books have been written about this subject by Neal Horgan who played for the club from 1999 to 2014. In these he compares the fall of other Cork clubs to City’s malaise in 2008 and 2009, which he experienced firsthand. Copa 90, one of the most successful YouTube channels, visited the club in 2015 and told the story of how the club was saved by the supporters.

Collective trauma amongst fans in sports is common. Benfica fans are scarred from the curse of Béla Guttmann, which has seen The Eagles lose eight successive European finals. Brazil enter every tournament tip toeing over their infamous defeat to Uruguay in the 1950 World Cup final. The entirety of AFC Wimbledon’s history has been a quest to salvage their club from the rubble of Wimbledon FC, which was relocated to Buckinghamshire and renamed Milton Keynes Dons.

The fear came back to Cork in 2019 in the form of a €150,000 tax bill. This triggered a sequence of events accumulating in the club getting denied a Premier Division license for 2020. Grovemoor Limited, the owners of Preston North End, surrendered the sell-on clauses of former Cork City players Alan Browne and Seani Maguire, which granted City the finance to secure a license. Included in this agreement was first refusal on a takeover bid of Cork City by Grovemoor Limited.

Eight months later and four days on from when the club was relegated to the First Division, members of FORAS voted overwhelmingly in favour of the takeover. In what should have been a moment of clarity amongst the club’s ardent fan base, disaster struck in mid-December when the Munster Football Association failed to reach an agreement with Grovemoor Limited over the terms for the use of Turner's Cross Stadium.

Things looked bleak and the club outlined the full extent of the situation in a stark statement: “Failure to secure investment vis-a-vis a full takeover of the football club would result in severe cuts across the club, particularly to the playing budget and the club’s professional staff, along with presenting a risk that the club would not secure a license to participate in the League of Ireland First Division for the 2021 season.”

But this is Cork City and it certainly is no ordinary football club.

If anything comes from a collective trauma, it is experience. This a knowhow sharpened by decades of hurt, a feeling known all too well on the banks of the River Lee.

Coming with the grim prognosis in December 2020, was the announcement that Trevor Hemmings is committed to helping the club secure a license to participate in the League of Ireland for 2021. This will allow the club to maintain our current academy structures and professional off-field structures. Days later fans were sent into dreamland when club legend Colin Healy was announced as Cork City’s new Head Coach.

He will be overseeing a young team, nurtured in both in the Cork School Boys League and City’s academy. Names signed for 2021 include Cian Coleman, who captained the club in the UEFA Youth League in 2016, Ronan Hurley who featured for City in the 2018 FAI Cup final and the 2019 Europa League qualifiers, and talismanic midfielder Gearoid Morrissey.

Cork is no ordinary football city and the Rebel Army epitomize that. You only have to take a stroll passed the ticket huts along the Curragh Road on match-day to realize that.

This is a place of history, hurt, and survival. This is Cork City Football Club.