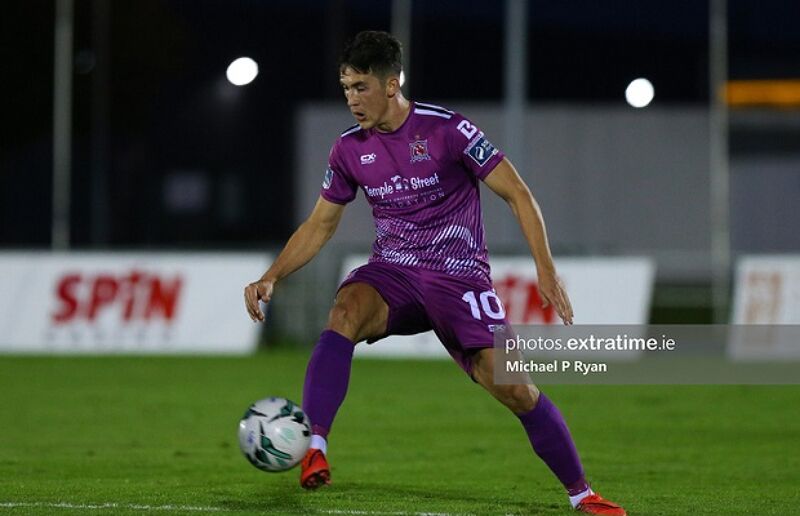 The Athboy native has been at the heart of St Mirren’s recent good run of form with five goals in his last four games.

And his brace tonight helped the Paisley outfit stun Rangers in the Scottish League Cup Quarter Final, coming out 3-2 winners.

St Mirren went a goal down early on after Connor Goldson fired home with a low shot across the face of the goalkeeper from inside the box.

Madjid Bougherra flashbacks as Connor Goldson drives into the box! @IAmJermainDefoe would be happy with that finish pic.twitter.com/ytDl24vzwy

The Saints responded and were level after 40 minutes. Dylan Connolly got the wrong side of Calvin Bassey, and was taken down, earning his side a spot-kick.

No complaints about the St. Mirren penalty in our studio

Connolly and McGrath proving a handful for Rangers to deal with too pic.twitter.com/Wh2HOLFkdT

And it would get even better for the hosts who took a 2-1 in the early stages of the second-half thanks to a composed finish from McGrath again.

Connolly – who was a threat all night down the right – saw his cross find Jordan Obika. Obika deftly laid the ball off to McGrath who neatly finished it into the bottom corner of the net.

A th goal in for @jamie_mc_gra has us ahead pic.twitter.com/SOtHMGApcx

Rangers levelled late on through Steven Davis who half volleyed into the top corner after Tavernier’s free kick hit the post.

Steven Davis gets the @RangersFC equaliser!

Tavernier's free kick hit the woodwork, but Davis reacted first to get a vital goal pic.twitter.com/xeQQdS6Dor

But St Mirren weren’t to be denied a famous victory with McGrath again at the heart of the move.

His teasing cross was met at the back post, with Allan McGregor forced into making a fine save.

Former Cork City defender Conor McCarthy would however pounce on the loose ball to send St Mirren through to the final four.

McCarthy’s winner brought an end to Rangers’ 27 game unbeaten run, with three former League of Ireland players at the heart of a stunning Saints performance.

Speaking after the game, McGrath was “over the moon” with the victory.

“We didn’t let our heads go down, we went up the other end and got our reward which I felt we deserved.”

"Probably no one gave us a chance before the game, but I said it before the match that there's a belief here. And that wasn't just cheap talk." pic.twitter.com/AUFEy4R5bT

St Mirren and their host of ex-League of Ireland stars will now take on Livingston in the Scottish League Cup semi-final at Hampden Park in January.