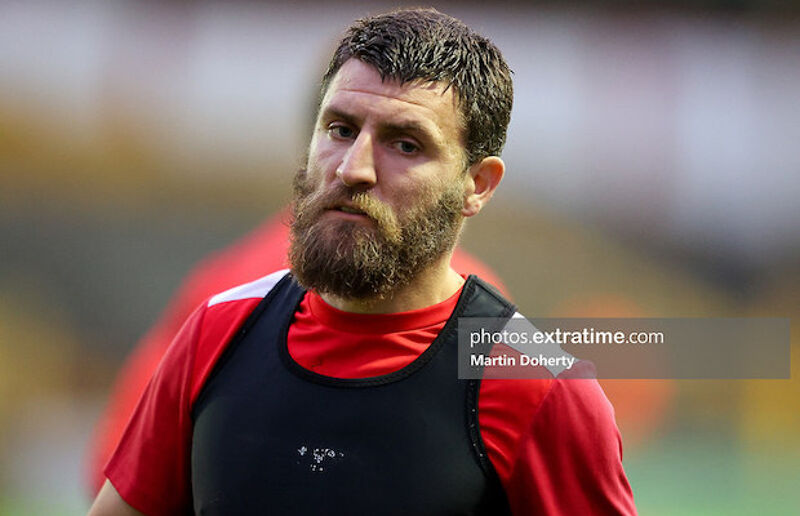 Gary Deegan will play in the Premier Division with Drogheda United in 2021 Credit: Martin Doherty (ETPhotos)

Tim Clancy continues to build his Drogheda United squad for the Premier Division next season with the signing of Shelbourne skipper Gary Deegan.

“I’m delighted to be joining Drogheda United. They have an exciting squad and a great management team. Can’t wait to get going” said Deegan.

Having begun his career with Shels, he had spells across the League of Ireland with Kilkenny City, Longford Town, Galway United and Bohemians.

With Bohs he won back-to-back league titles and an FAI Cup before making the move to the UK in 2010. He spent two and a half seasons in the Championship with Coventry, before Pat Fenlon signed him for Hibernian in the Scottish Premiership and he played with Tim Clancy during his time at Easter Road.

He subsequently played with Northampton, Southend, Shrewsbury and Cambridge United before coming back to Tolka Park where he began his career. He scored three goals in 18 league appearances for Ian Morris side in a season that ended in their relegation.

Drogheda United are delighted to announce the signing of midfielder Gary Deegan from Shelbourne.

Deegan is the 17th player, and third new addition, to be announced from Tim Clancy’s 2021 Premier Division squad.#SignedFor2021 pic.twitter.com/h4PSBxLgQu