Kieran Djilali: Many more players from the League of Ireland could go and play in England or other countries with a higher standard 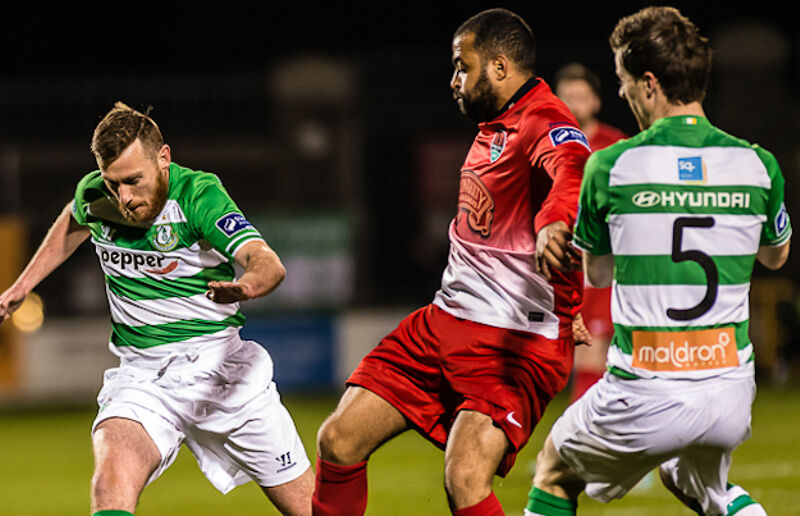 Growing up in Lambeth, London, Kieran Djilali debuted for Crystal Palace at 17, experienced fleeting English football appearances and then stepped into the relative unknown by joining League of Ireland side Sligo Rovers.

A fruitful three seasons in Irish football was unfortunately marred by a career-ending cruciate knee injury in his mid-twenties, but undeterred, a coaching role with former grassroots club Junior Elite FC is one way he now gives back to the community.

After coming through the Crystal Palace academy and impressing early in the first team, the young midfielder went on loan to Crawley Town and then Chesterfield (twice) before being shown the Selhurst Park exit door to make way for more experienced new recruits.

“I was very disappointed that my time at Crystal Palace came to an end,” said Dijilai when extratime.com caught up with him this week.

“When I played, I did really well, but for whatever reason, the management decided I wasn't needed anymore and wasn't part of their future plans. I believed that I was more than good enough, so I was devastated to leave there.”

The second loan spell at Chesterfield coincided with the Londoner assisting in the capture of the 2010/11 League Two title, but even then a full-time deal wasn't forthcoming: “I hoped that they would, as even myself and my agent asked the question.

"I was disappointed with that also because I enjoyed my time there and that's why I went back again. My first loan spell there helped me get back into the Crystal Palace first team and the second time we won League Two, which was an amazing experience, but unfortunately I wasn't offered a long-term contract.”

Bouncing between AFC Wimbledon and Portsmouth for a couple of seasons, Kieran went out of his comfort zone by agreeing terms in 2013 with League of Ireland outfit Sligo Rovers.

"I had no expectations, as I didn't know much about the league, but after speaking with my agent, I went with an open mind. I've said before that many more players from the League of Ireland could go and play in England or other countries with a higher standard.

"Towards the end of my time in Ireland, clubs were recognising this and more players were getting a chance to go and play with an international team.”

In addition to the Bit o' Red, Djilali also turned out for Limerick and Cork City, but a serious setback while with the latter saw a return to England and ultimately an end to professionalism, just as his prime years as a footballer were approaching.

“I didn't plan to keep playing full-time because of the injury I sustained at Cork, which turned out to be a career ending one. I had a lot of problems with the cartilage in my knee, which didn't enable me to resume playing at the fitness required. I wanted to carry on, but my body wasn't able to.”

Far from downcast, the Englishman took up coaching and currently presides over youngsters at former club Junior Elite FC, as well as starting up his own company KD Sports Development.

“My coaching role is at where I used to play before I was picked up by Crystal Palace, at 15. It's highly successful at producing good footballers … and that's our goal. It's not about trophies at grassroots level, but more about players maybe going professional.

"Besides myself, there was Aaron Wan-Bissaka, Jamal Blackman, Emile Smith-Rowe and now there's a new generation coming through. My own company tries to help nurture young players in the community.

"Young people can come to a space where they're free of any issues or problems they may have and it gives them a platform to express themselves.”

Aaron Greene on win over Sligo: 'They came up and won here during the season. They walked away like they had won the league so we showed them'